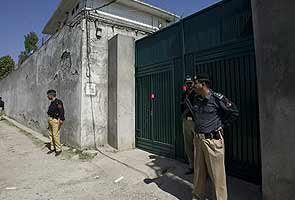 Washington: The enormous cache of computer files taken from Osama bin Laden's compound contained a considerable quantity of pornographic videos, American officials said on Friday, adding a discordant note to the public image of the Islamist militant who long denounced the West for its lax sexual mores.

The officials, speaking on condition of anonymity about classified material, would not say whether there was evidence that bin Laden or the other men living in the house had acquired or viewed the material.

The discovery of the pornography, first reported by Reuters, may not be surprising in a collection of five computers, 10 hard drives and dozens of thumb drives and CDs whose age and past ownership is not known.

But the disclosure could fuel accusations of hypocrisy against the founder of Al Qaeda, who was 54 and lived with three wives at the time of his death, and will be welcomed by counterterrorism officials because it could tarnish his legacy and erode the appeal of his brand of religious extremism.

In a 2002 "letter to the American people," bin Laden denounced American culture for its exploitation of women's bodies in dress, advertising and popular culture.

"Your nation exploits women like consumer products or advertising tools, calling upon customers to purchase them," he wrote. "You plaster your naked daughters across billboards in order to sell a product without any shame. You have brainwashed your daughters into believing they are liberated by wearing revealing clothes, yet in reality all they have liberated is your sexual desire."

A team of intelligence analysts under the C.I.A.'s direction has been working to review the material seized from bin Laden's house in Abbottabad, Pakistan, by the Navy Seal team that killed him. Officials have said the material shows that Bin Laden was making notes about new ways to attack the United States and sending instructions by courier to subordinates and Qaeda affiliates.

Asked about the contents in an interview with Bloomberg Television, Attorney General Eric H. Holder Jr. said, "I'm not sure we have any plot" that the intelligence review had found.

"On the other hand, he did seem to have a goal around the 10th anniversary of Sept. 11," Mr. Holder said. "Certainly, he wanted to harm and was in the advanced operational stage of pulling the levers in the Al Qaeda organization."

But the Obama administration also released unflattering video footage of a gray-bearded bin Laden, wearing a cloak and a ski cap and clutching a remote control while watching his own statements on television. The suggestion that he must have dyed his beard for video recordings and was intensely concerned with his image could erode his reputation in the Muslim world as a charismatic and selfless leader.

Also on Friday, Jay Carney, the White House spokesman, confirmed that American interrogators had questioned bin Laden's three wives for the first time on Thursday, 10 days after they were taken from the compound by Pakistani security forces. He declined to give more details, saying, "I can't characterize the interaction."

Promoted
Listen to the latest songs, only on JioSaavn.com
The three widows, Khairiah Sabar, Siham Sabar and Amal Ahmed Abdulfattah, who is also known as Amal Ahmed al-Sadah, had been held and questioned for days by Pakistani officials before the C.I.A. interrogators spoke to them. Ms. Abdulfattah, who is Yemeni, was shot in the leg during the assault on bin Laden's compound by Navy Seal commandos.

American officials have many urgent questions for them: where other top Qaeda operatives are, where Bin Laden lived before moving to Abbottabad and whether any Pakistani military or intelligence officers visited the compound. But the wives are believed to have lived cloistered lives, and it is unclear what they may know or be willing to tell.