The summer postcard campaign by the European police agency, Europol, was unveiled Friday as part of its ongoing initiative to hunt down Europe's most wanted criminals. 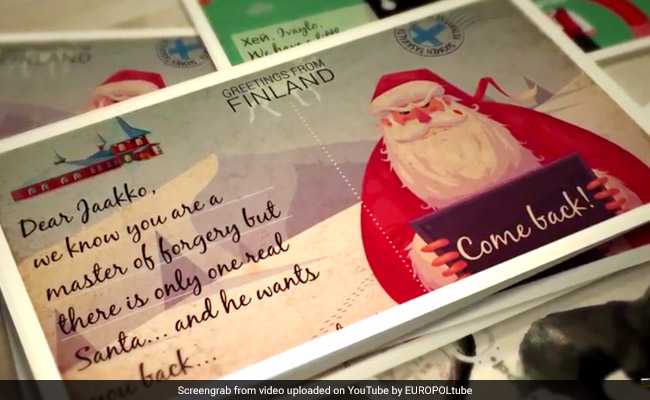 The Hague: European police forces are sending a series of cheeky "wish you were here" postcards this summer in a bid to track down 21 of the continent's most wanted criminals.

"Dear Artur, Belgian fries are the best and we know you miss them. Come back to enjoy them - we'll have a nice surprise in store for you," says one postcard from the Belgian police.

Complete with a cartoon of the Manneken Pis, a bunch of fries and a glass of beer, the card is addressed to Artur Nawrocki, who is on the run after being convicted of drugs trafficking by a Brussels court in 2014.

The summer postcard campaign by the European police agency, Europol, was unveiled Friday as part of its ongoing initiative to hunt down Europe's most wanted criminals.

"Cher Farouk, You must know that life is best in la douce France. We hope you will return to us soon," says the card from the French police, adding in French "we miss you!"

The picture shows the Eiffel Tower, a man in striped T-shirt and neck-scarf brandishing a baguette next to a croissant and a bottle of red wine, and is addressed to Farouk Hachi.

He was sentenced in absentia in 2009 to 20 years in jail for several violent, armed bank robberies and is believed to have lived in France, Belgium and The Netherlands. 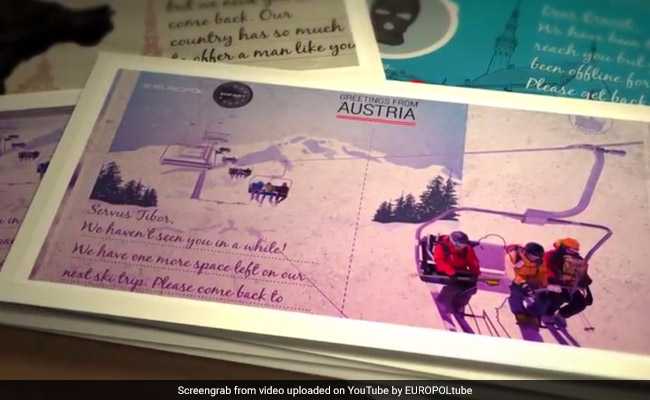 Behind the humourous campaign though is a serious aim to drive people to the Europol website in the hope of tracking down criminals wanted for serious, violent crimes or sexual offences.

"While most of us are enjoying a well-deserved summer break, criminals are not taking time off from crime," Europol said in a statement.

"Holiday destinations have proven to be popular hiding places for criminals on the run."

Since the launch of the "most wanted" list in January 2016, a total of 36 people have been found and arrested -- 11 of them as a direct result of information passed to Europol.

After a similar "advent calendar" campaign, three people were arrested, one of them a Brit who was recognised as a server in an Amsterdam bar, Europol press officer Tine Hollevoet told AFP.

"Dutch people saw the advent calendar, they went to the website, noticed the fugitive, and recognised him as somebody working in the sports bar. Two days later he was arrested," she said.

"And that's exactly what we want with this campaign."

Promoted
Listen to the latest songs, only on JioSaavn.com
Even criminals like to go on holiday where "life is good... good weather, beaches, good food," she added.

And although there are no statistics, countries such as Spain, Turkey and Italy have in the past proved popular hiding places for those on the run.