Police were responding to reports of an explosion at the Melbourne apartment earlier in the day when they found the body of a man in the foyer. 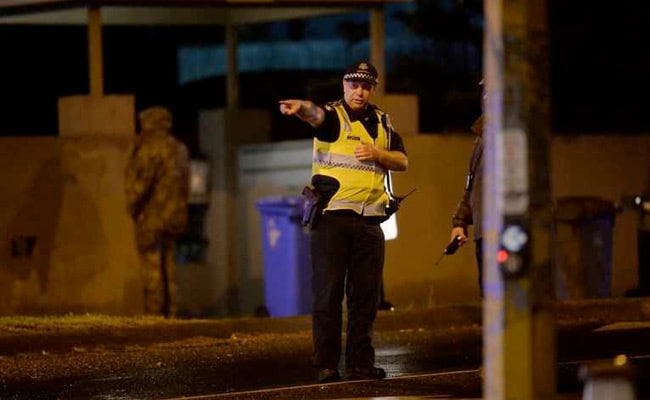 Melbourne Police are investigating whether the incident was terrorism related. (AFP)

Melbourne: A man was shot dead today by Australian police who ended a hostage crisis at an apartment in south eastern suburb of Melbourne, where a woman was held captive and a body of another man was found.

The woman escaped safely but three officers were injured as police stormed the building to end the hostage situation. According to reports, the police operation was launched at the Bay Street apartment in Brighton following reports of an explosion at 4 pm local time.

The emergency services, including State Emergency Service crews, were called to the scene where they also located the body of a man who appeared to have been shot in the foyer of the building.

Dozens of gunshots rang out just after 6 pm in Bay Street with people fleeing and taking shelter in a nearby supermarket. The Age website reported that the gunman reportedly called the Channel Seven newsroom during the standoff, telling them, "This is for ISIS".

Police are now investigating if the incident was terrorism-related. Three police officers were injured with two taken to hospital and another treated at the scene, police said. The woman who was taken hostage is now safe.

The siege has now ended but a major police presence, including specialist tactical officers, remains at the scene. The motive behind the incident is yet not clear, reports said.
Comments
Melbourne hostageMelbourne blastAustralian policeterror attackHostage situation