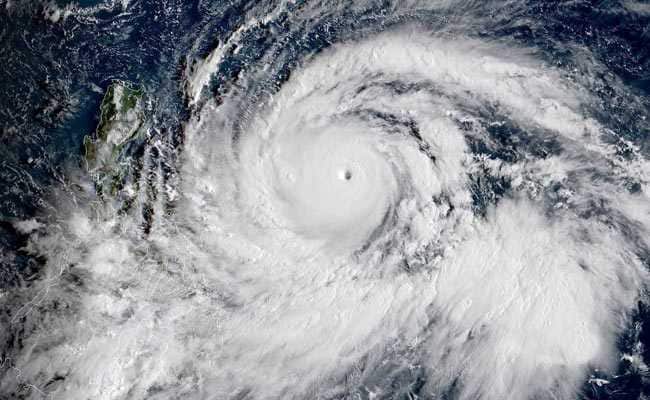 The Philippines raised its storm alert on Friday and warned of major destruction, hours before Super Typhoon Mangkhut was due to make landfall with fierce winds and drenching rains.

Thousands have already fled their homes on the Philippines' northern coastal tip ahead of the early Saturday arrival of what forecasters have called the strongest typhoon yet this year.

Businesses and residents on Luzon island, which is home to millions, were boarding up windows and tying down roofs that could be sheared off by sustained winds of 205 kilometres (130 miles) per hour.

By Friday evening, strong winds had already downed trees in Tuguegarao, a city in the north of Luzon, where almost all businesses had been shuttered and police were patrolling otherwise quiet streets.

The Philippines state weather service raised a "signal four" alert, the second-highest storm warning for winds of up to 220 kilometres per hour, for six provinces in Luzon's north.

They are squarely in the path of the massive storm, which is about 900 kilometers wide, as it roars west across the Pacific.

"It is important for our countrymen to know that we have raised signal four," forecaster Loriedin de la Cruz said during a televised safety briefing. A signal four alert was issued for Super Typhoon Haiyan, which is the country's deadliest on record. It left more than 7,350 people dead or missing across the central Philippines in November 2013.

Heavy rains and gusts were already hitting the far northeastern tip of Luzon on Friday evening from the storm that forecasters said is the most powerful of 2018.

"Among all the typhoons this year, this one (Mangkhut) is the strongest," Japan Meteorological Agency forecaster Hiroshi Ishihara told AFP.

"This is a violent typhoon. It has the strongest sustained wind (among the typhoons of this year)", he added.

Farmers in the region, which produces a significant portion of the Philippines' corn and rice, were rushing to bring in crops that could be destroyed by flooding.

At least four million people are directly in Mangkhut's path, which is predicted to move on to China's heavily populated southern coast this weekend.

"They (authorities) said this typhoon is twice as strong as the last typhoon, that's why we are terrified," Myrna Parallag, 53, told AFP after fleeing her home in the northern Philippines. 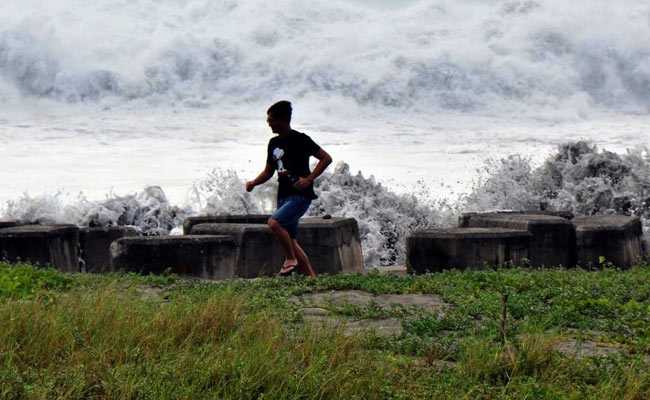 A man running as huge waves crash into the coast at Taitung county, eastern Taiwan, as Super Typhoon Mangkhut approaches the southern sea of Taiwan (AFP)

"We learned our lesson last time. The water reached our roof," she said, referring to when her family rode out a typhoon at home in 2016.

Poor communities reliant on fishing are some of the most vulnerable to fierce typhoon winds and the storm surges that pound the coast.

"The rains will be strong and the winds are no joke... We may have a storm surge that could reach four storeys high," Michael Conag, a spokesman for local civil defence authorities, told AFP.

Hong Kong is also in Mangkhut's sights and preparations there were already underway Friday, though the storm was not expected to hit until Sunday.

The Hong Kong Observatory warned that the massive storm will bring "significantly deteriorating weather" to the city on Sunday and warned residents to take precautions.

Taiwan's central weather bureau predicted that Mangkhut would be nearest to the island on Saturday, bringing heavy rains to its southern and eastern parts although it was unlikely to make a direct hit.

(Except for the headline, this story has not been edited by NDTV staff and is published from a syndicated feed.)
Comments
Philippines TyphoonSuper Typhoon MangkhutPhilippines typhoon alert