Rodrigo Duterte had told his government "to work on the resumption of peace talks" and stressed the importance of "forging a ceasefire agreement". 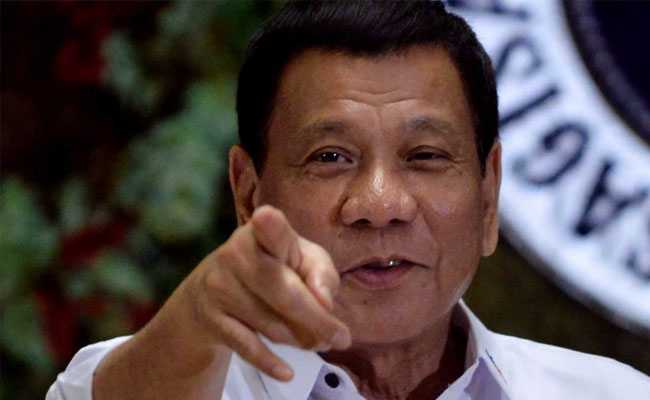 Rodrigo Duterte campaigned on a promise to end the Maoist rebellion, which took 40,000 lives (Reuters)

Manila: Philippine President Rodrigo Duterte on Wednesday asked his cabinet to work on a ceasefire with Maoist rebels in order to resume peace negotiations, four months after he called off talks and vowed to crush the insurgents.

Duterte had campaigned in 2016 on a promise to end the nearly 50-year Maoist rebellion, which has killed more than 40,000 people, by finding a political solution but he abandoned peace efforts in November complaining of repeated rebel attacks.

On Wednesday, he revived the idea of talks. "Let's give this another last chance," Jesus Dureza, a presidential adviser on the peace process, said in a statement, citing Duterte.

The president had told his government "to work on the resumption of peace talks" and stressed the importance of first "forging a ceasefire agreement to stop mutual attacks and fighting while talks are underway", Dureza said.

The government and the communists' political wing, the National Democratic Front, have been in on-again, off-again negotiations since 1986. Norway has brokered some talks.

The communist insurgency has stunted economic development in several resource-rich provinces, just as Muslim separatist rebellions have plagued large parts of the south of the Catholic-majority country.

The defence ministry and the military said in separate statements, they would support the resumption of talks provided the rebels agreed to a truce and to stop extortion.

The founder and leader of the communist movement, Jose Maria Sison, who lives in exile in the Netherlands welcomed the president's overture, saying the communists were "open and ready to resume peace negotiations".

Promoted
Listen to the latest songs, only on JioSaavn.com
"We hope that from here on we can make steady and significant advances on the road of realising peace," he said.
© Thomson Reuters 2018