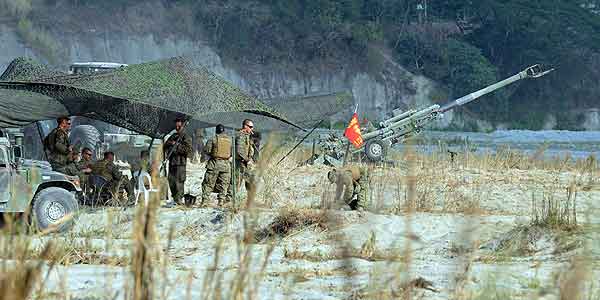 Manila: The US would be allowed to station forces at military bases in the Philippines if it went to war with North Korea, Foreign Secretary Albert del Rosario said Saturday citing a treaty between the allies.

"Our mutual defence treaty calls for joint action if either the Philippines or the United States is attacked," del Rosario said in comments sent to AFP at a time of heightened tensions on the Korean peninsula.

"It would then be logical to assume that in the event of an attack on the Philippines or on our treaty ally, the US would be allowed to use our bases," he added.

Del Rosario was responding to a question about whether the archipelago, a former US colony, would allow the stationing of American troops on its soil in case war broke out between the US and North Korea.

The Korean peninsula has been engulfed by escalating military tensions and dire threats of nuclear war since North Korea conducted a rocket test last December and a nuclear test in February.

On Friday Philippine Defence Secretary Voltaire Gazmin said the government was prepared to undertake "extreme measures" including allowing US bases in the country, in the event of an "extreme emergency" on the Korean peninsula.

The US and Philippines are allied by a 1951 mutual defence treaty.

In the early 1990s US forces vacated Clark Air Base and Subic Naval Base, two large facilities used during the Vietnam War, after a disagreement over rents.

In recent years the Philippines has been seeking to improve its defence ties with the United States amid a festering territorial dispute with China over parts of the South China Sea.

Some of its facilities are being used in ongoing annual joint military exercises between the Philippines and the United States, where the Pentagon deployed a dozen F/A-18 Hornet fighter jets.

Promoted
Listen to the latest songs, only on JioSaavn.com
More than 8,000 Filipino and US troops are taking part in the 12-day drills which end on Wednesday.