Philippines Diplomat Sacked After She Was Caught On Camera Abusing Maid

The career diplomat has now been dismissed from the foreign service, President Rodrigo Duterte told a television audience on Monday. 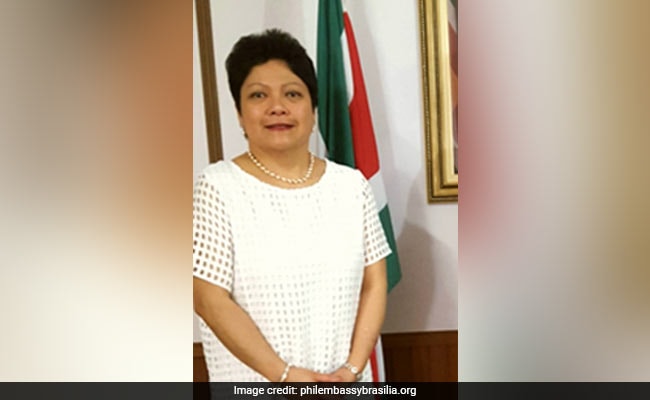 Marichu Mauro's firing means she will lose her pension.

The Philippines has sacked its former ambassador to Brazil, after she was caught on camera attacking a domestic worker at her official residence in Brasilia.

The career diplomat has now been dismissed from the foreign service, President Rodrigo Duterte told a television audience on Monday.

"There are rules to be followed. If you disobey, you take the risk. If something goes wrong, it's gonna hit you," Duterte said.

Mauro's firing means she will lose her pension. She is also barred from standing for public office.

According to GloboNews, the Filipino worker was employed at the ambassador's official residence, a large gated compound in Brazil's capital.

Footage of the abuse -- dated between March and October 2020 -- was used as evidence in a complaint lodged with the Philippine government against Mauro, it said.

Mauro was posted to Brazil in 2018, from where she oversaw the missions to Colombia, Guyana, Suriname and Venezuela.

Mauro has not responded to AFP's request for comment on her dismissal.

Millions of Filipinos escape low wages, unemployment and limited opportunities at home by going overseas, including as to become domestic workers. Their remittances are vital to the local economy.

But many of these workers face difficult or dangerous conditions, and reports of physical or psychological abuse are not uncommon, though most instances involve foreign employers.