Rodrigo Duterte's three-year drug war has unleashed a surge of bloodshed in the Asian nation, with reports of nightly slayings of suspects by police and masked gunmen. 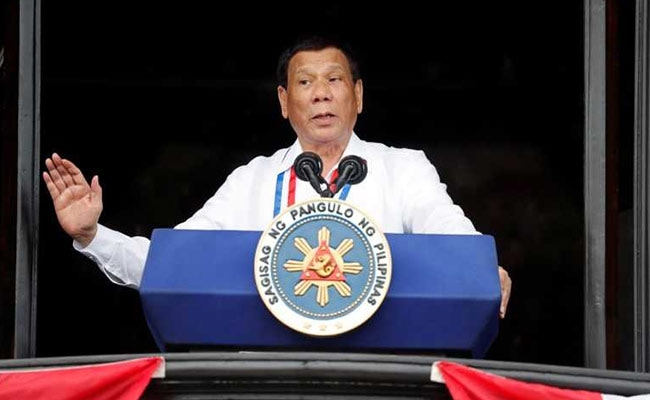 Philippine President Rodrigo Duterte took a swipe at Iceland on Friday for spearheading a U.N. resolution to investigate his bloody war on drugs, saying it was a nation made entirely of ice, with no understanding of his country's problems.

"What is the problem of Iceland? - Ice only. That is your problem. You have too much ice and there is no clear day and night there," he said in a rambling speech to corrections department officials.

"So you can understand why there is no crime, no policeman either, and they just go about eating ice.

"They don't understand the social, economic, political problems of the Philippines."

The resolution on the Philippines, led by Iceland, was adopted by the U.N. Human Rights Council on Thursday by a vote of 18 countries in favour and 14 against, with 15 abstentions.

The exact number of dead in Duterte's war on drugs is impossible to independently verify. Police say they have killed 6,600 who were armed and fought back during attempts to arrest them, but activists say there may have been as many as 27,000 drug-related killings overall.

Human rights groups say there is a pattern of executions, planted evidence and falsified reports, and a state unwilling to investigate widespread allegations of systematic abuses by police during the three-year-old crackdown. The government rejects that as lies.

Duterte's spokesman, Salvador Panelo, said on Friday Iceland had introduced a resolution "based on false information, bogus news", and relied on narratives of Duterte's opponents and biased media.

He told news channel ANC that Duterte would permit United Nations investigators to conduct a probe in his country "if he finds the purpose legitimate".

Duterte defended his crackdown and said something had to be done because millions of Filipinos were "slaves to a drug called shabu".

Referring to frequent criticism that he publicly gave police orders to kill, he said there was nothing wrong with protecting his country.

"I am asking the human rights people. Is it wrong to say if you destroy my country I will kill you? Is that a crime for a president mayor or a governor to say that in public?"