Customs officials turned over the tarantulas to the environment ministry's rescue centre, which will take charge of the animals and identify its species. 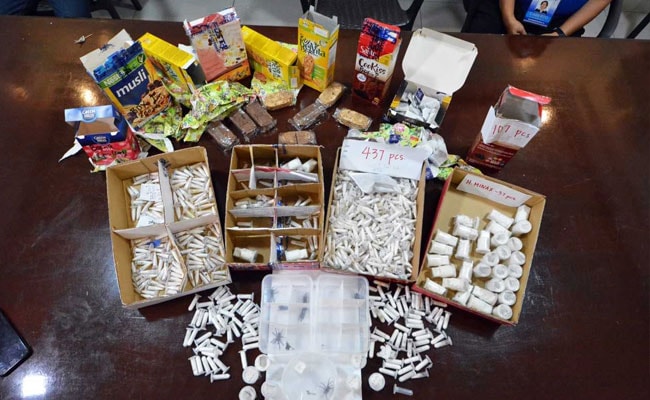 The illicit payload found at a mail facility near Manila's airport was the latest seizure in a nation that is a major source and transit point of wildlife trafficking.

Customs thought the package suspicious and after opening it found boxes for cookies, oatmeal and tea. Yet the cartons contained dozens of plastic containers packed with arachnids.

The seized tarantulas -- priced at about $5,700 -- are frequently sold to hobbyists as pets, Arnel Matreo, chief of the Wildlife Traffic Monitoring Unit of the environment ministry, told AFP.

Matreo said two people who tried to claim the package were detained on charges of violating wildlife protection and customs laws.

Customs officials turned over the tarantulas to the environment ministry's rescue centre, which will take charge of the animals and identify its species.

The seizure comes about a month after authorities said they had seized about 1,500 exotic turtles, some of which were restrained with duct tape, crammed into a passenger's bag at Manila airport.