Rodrigo Duterte, 74, was endorsing Senate candidates at the event in central Bohol province when the insect ran up his left shoulder, video footage showed. 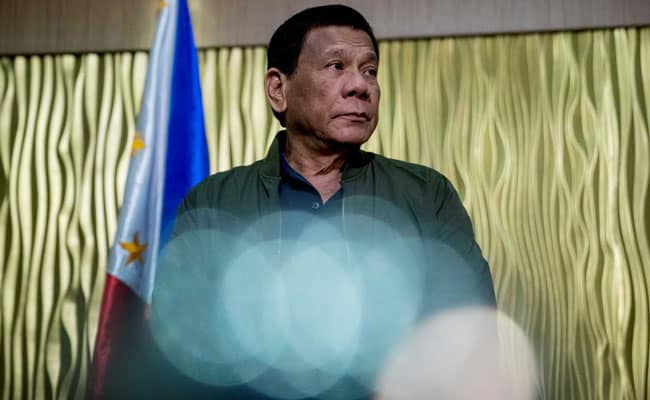 Rodrigo Duterte, joked that the insect belongs to the opposition party.

Philippine President Rodrigo Duterte seemed unfazed when a finger-sized cockroach scrambled onto his shoulder as he spoke at a campaign rally on Wednesday night.

Duterte, 74, was endorsing Senate candidates at the event in central Bohol province when the insect ran up his left shoulder, video footage showed.

A female aide hurried forward to flick the bug off, but it ran down the front of the president's shirt. Alerted by his anxious aide, Duterte swatted the roach away.

He then stomped on the floor and joked that the insect may have been planted by the main opposition Liberal party.

"It's Liberal! That's for sure," Duterte said to laughter from the crowd.

Duterte then continued with the rest of his two-hour speech.

(Except for the headline, this story has not been edited by NDTV staff and is published from a syndicated feed.)
Comments
Rodrigo DutertePhilippine President Rodrigo Dutertecockroach