Pervez Musharraf Wants To Spend "Rest Of His Life In Pakistan": Report

Pervez Musharraf Health: Musharraf, who has been hospitalized for the last three weeks due to health-related complications, is set to return home from self-imposed exile, the Voice of America (VOA) reported this week. 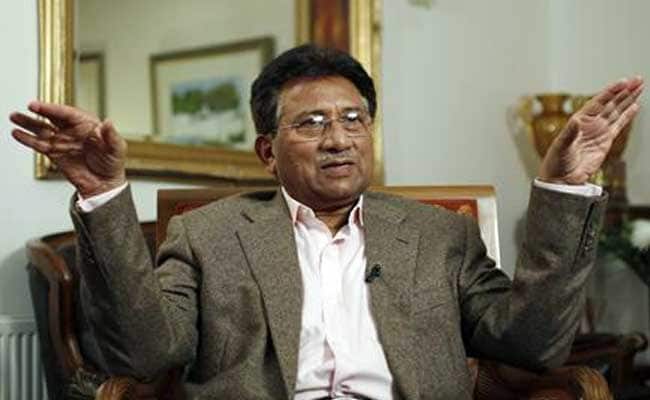 Pakistan's former military leader Pervez Musharraf, who has been living in Dubai since 2016, has expressed his desire to spend the "rest of his life" in his home country, local media reported.

The Express Tribune newspaper reported that the ailing former president wants to return to Pakistan as soon as possible.

The report said his close associates have approached "powerful quarters" and government officials to remove any obstacle in his return to the country.

Musharraf, who has been hospitalized for the last three weeks due to health-related complications, is set to return home from self-imposed exile, the Voice of America (VOA) reported this week.

However, the exact date of his arrival in Pakistan was not immediately disclosed.

An air ambulance will bring Musharraf back from a Dubai hospital given the consent of his family and doctors, the report added.

Since 2016, Musharraf has been living in the UAE when he was allowed to travel abroad on bail for medical treatment. At the time, he was being tried in Pakistan on treason charges which got later overturned by a high court ruling.

On Twitter, Musharaf's family refuted reports that he is on the ventilator and said he is going through a difficult stage of recovery as his organs are malfunctioning.

"He is not on the ventilator. Has been hospitalized for the last 3 weeks due to a complication of his ailment (Amyloidosis). Going through a difficult stage where recovery is not possible and organs are malfunctioning. Pray for ease in his daily living," his family said in a Twitter post.

The aliment Musharaf is suffering from is called Amyloidosis. It is a rare form of condition caused by a build-up of an abnormal protein called amyloid in organs and tissues throughout the body.

The build-up of amyloid proteins (deposits) can make it difficult for the organs and tissues to work properly. Without treatment, this can lead to organ failure, according to National Health Service, UK.

Musharaf seized power in a bloodless military coup in 1999, ousting the then-elected government of Prime Minister Nawaz Sharif. He later declared himself president and went on to rule Pakistan until after his political allies lost the 2008 general elections, forcing him to step down to avoid impeachment by the new parliament.