Paul Dacre, Editor Of The UK's Daily Mail, To Stand Down After 26 Years

Dacre, who is Britain's longest-serving and best-paid newspaper editor, said he was stepping back from day-to-day editing by his 70th birthday to take on broader challenges in the company. 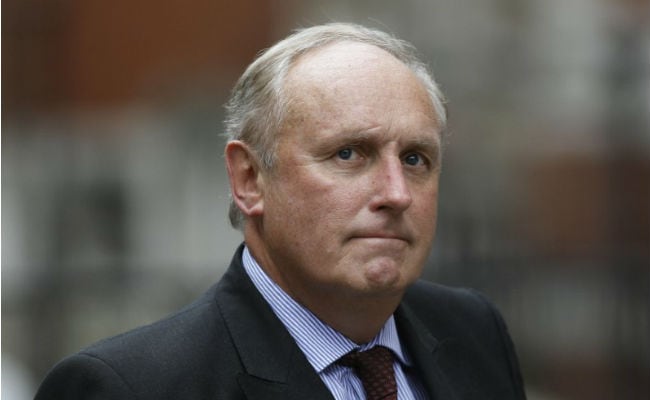 Paul Dacre joined the group as US bureau chief in 1979 and also edited its London Evening Standard.

London: The editor of Britain's Daily Mail tabloid Paul Dacre will stand down after 26 years in November to become chairman and editor-in-chief of the title's publisher, Associated Newspapers, Daily Mail and General Trust said on Wednesday.

Dacre, who is Britain's longest-serving and best-paid newspaper editor, said he was stepping back from day-to-day editing by his 70th birthday to take on broader challenges in the company, which also owns the popular MailOnline website.

Dacre had provided "brilliant stewardship" of the Daily Mail and other titles in the group over three decades, said DMGT's chairman, Jonathan Harmsworth, "and often set the political agenda through six prime ministerships".

The right-leaning title, which historically has supported the Conservatives, has been a vigorous critic of the European Union and it urged its readers to vote leave in the EU referendum.

Under Dacre's stewardship, the Mail increased its circulation from around 1.68 million to more than 2.5 million in 2003, overtaking the Daily Mirror to become Britain's second biggest seller after Rupert Murdoch's The Sun.

Its circulation, like that of its rivals, has fallen in recent years, but it still sells nearly 1.3 million copies a day.

Promoted
Listen to the latest songs, only on JioSaavn.com
Dacre, who joined the group as US bureau chief in 1979 and who also edited its London Evening Standard, earned nearly 2.4 million pounds ($3.22 million) in salary and bonuses last year, according to the group's annual report.

DMGT said the new editor of the Daily Mail would be named in due course.
© Thomson Reuters 2018