Paris 1.5 Degree Celsius target May Be Smashed By 2026: Study

The Interdecadal Pacific Oscillation (IPO) - a powerful natural climate lever - may have moved into a positive phase. 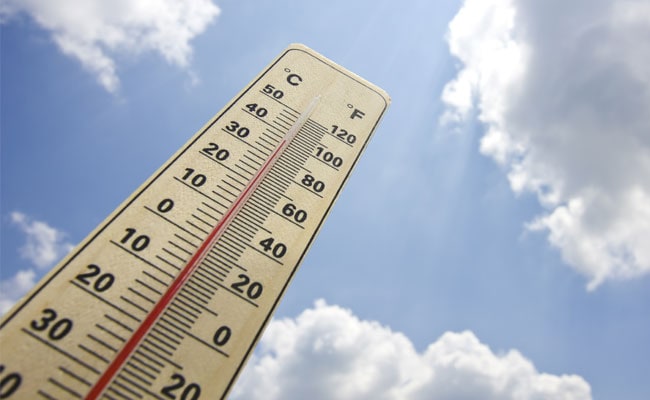 In the past, these positive phases have coincided with accelerated global warming (Representational)

Melbourne: Global temperatures could break through the 1.5 degree Celsius barrier negotiated at the Paris conference as early as 2026, say scientists who predict that a slow-moving, natural climate driver could cause a sharp acceleration in global warming over the next decade.

The Interdecadal Pacific Oscillation (IPO) - a powerful natural climate lever - may have moved into a positive phase.

Since 1999, the IPO has been in a negative phase but consecutive record-breaking warm years in 2014, 2015 and 2016 have led climate researchers to suggest this may have changed.

Scientists at the University of Melbourne in Australia showed that a positive IPO would likely produce a sharp acceleration in global warming over the next decade.

In the past, these positive phases have coincided with accelerated global warming.

"Even if the IPO remains in a negative phase, our research shows we will still likely see global temperatures break through the 1.5 degrees Celsius guardrail by 2031," said Ben Henley, lead author of the new study published in the journal Geophysical Research Letters.

The Paris Agreement's central aim is to keep the global temperature rise in this century well below two degrees Celsius above pre-industrial levels and to pursue efforts to limit the temperature increase even further to 1.5 degrees Celsius.

"If the world is to have any hope of meeting the Paris target, governments will need to pursue policies that not only reduce emissions but remove carbon from the atmosphere," said Henley.

"Should we overshoot the 1.5 degrees Celsius limit, we must still aim to bring global temperatures back down and stabilise them at that level or lower," he said.

The IPO has a profound impact on our climate because it is a powerful natural climate lever with a lot of momentum that changes very slowly over periods of 10-30 years.

During its positive phase the ocean temperatures in the tropical Pacific are unusually warm and those outside this region to the north and south are often unusually cool.

When the IPO enters a negative phase, this situation is reversed.

In the past, we have seen positive IPOs from 1925-1946 and again from 1977-1998. These were both periods that saw rapid increases in global average temperatures.

The world experienced the reverse - a prolonged negative phase - from 1947-1976, when global temperatures stalled.

A striking characteristic of the most recent 21st Century negative phase of the IPO is that on this occasion global average surface temperatures continued to rise, just at a slower rate.

"Although the Earth has continued to warm during the temporary slowdown since around 2000, the reduced rate of warming in that period may have lulled us into a false sense of security," Henley said.

"The positive phase of the IPO will likely correct this slowdown. If so, we can expect an acceleration in global warming in the coming decades," he said.

"Policy makers should be aware of just how quickly we are approaching 1.5  degrees Celsius. The task of reducing emissions is very urgent indeed," he added.

(This story has not been edited by NDTV staff and is auto-generated from a syndicated feed.)
Comments
global warmingGlobal TemperatureParis ConferenceInterdecadal Pacific Oscillation