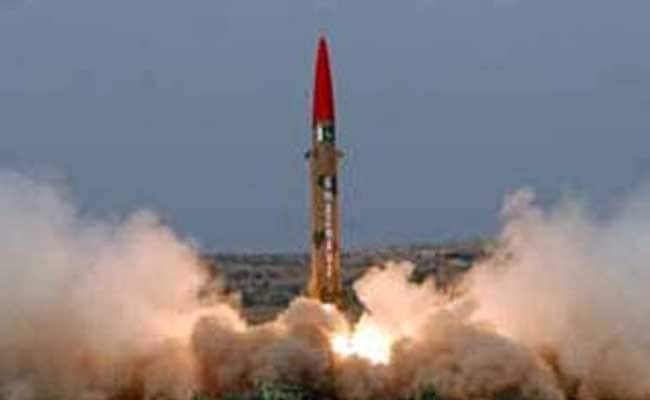 According to experts, Pakistan has close to 120 nuclear weapons.

Washington: Stating that Pakistan has close to 120 nuclear weapons, an American think tank expert said that its growing nuclear arsenal poses a "thorny challenge" to the US interests.

"The growth in Pakistan's nuclear capabilities and the broadening of its deterrence objectives raise thorny challenges for US interests to prevent a nuclear explosion and to maintain effective security on nuclear weapons and materials," Toby Dalton, co-director Nuclear Policy Program, at the Carnegie Endowment for International Peace told members of the Senate Foreign Relations Committee during a Congressional hearing yesterday on Pakistan.

In his testimony, Dalton said Pakistan has the capability to expand its arsenal by 20 nuclear weapons every year and the over the past decade the nation had significantly expanded the production of fissile material for nuclear weapons.

"From Pakistan's few official pronouncements on nuclear doctrine and statements by government officials, it is clear that deterrence is understood to be elastic: whenever the Indian threat grows, more or new nuclear capabilities are needed," he said.

In his testimony, Dalton praised the safeguards put in place by the nation when it comes to protecting its nuclear arsenal.

"To be fair, Pakistan is not given sufficient credit for the nuclear security practices it has put in place. By most indicators, its security is probably quite good, but not foolproof.It has learned lessons from the AQ Khan affair and it has responded to international fears about terrorists acquiring weapons by putting in place a comprehensive security strategy run by a professional branch within the military," he said.

Promoted
Listen to the latest songs, only on JioSaavn.com
"The prominence given to nuclear weapons in Pakistan's national security strategy means that the government has a very strong interest to protect them. To date, there is no public information that indicates any close calls of material going missing, and no hints of further technology leakage after the Khan proliferation network was dismantled," he added.