Nawaz Sharif, 70, the Pakistan Muslim League Nawaz (PML-N) chief, has been living in London since November last year after the Lahore High Court granted him permission to go abroad for treatment. 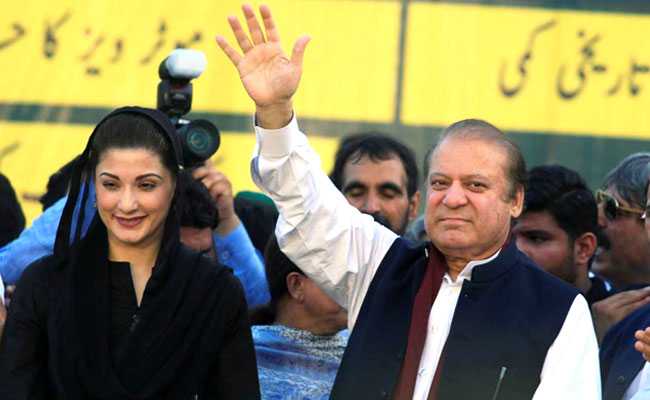 Nawaz Sharif, 70, the Pakistan Muslim League Nawaz (PML-N) chief, has been living in London since November last year after the Lahore High Court granted him permission to go abroad for treatment.

Nawaz Sharif, who was deposed in 2017, was also sentenced to seven years in the Al-Azizia Steel Mills case in December 2018. But, he was given bail in both cases and was allowed to go to London for medical treatment.

He was given eight weeks to return but failed to come back due to health complications, according to his lawyer.

On Friday, Pakistan Peoples Party (PPP) chairman Bilawal Bhutto Zardari spoke with Nawaz Sharif over the phone and invited him to virtually attend the Opposition-led All Parties Conference (APC) scheduled to be held tomorrow.

The APC will evolve a strategy to counter the government led by Prime Minister Imran Khan's Pakistan Tehreek-e-Insaf (PTI) which, they said, has failed to address issues like price hike and poverty.

Quoting sources, Pakistan's Express Tribune reported that the meeting will decide to go for a street movement. He said that every party wanted to send the government led by Prime Minister Khan packing, adding that approaches might be different but this is exactly what all parties are attending the APC for - to agree on a unified approach.

Maryam Nawaz, who is Nawaz Sharif's political heir, tweeted back to thank the PPP leader.

Nawaz Sharif's participation in the high-profile political conference, to be attended by all the top leaders of the opposition parties, would help to reinvigorate his party as well as fuel up anti-government struggle by the Opposition.

Such a move by Nawaz Sharif (to consider becoming active in politics again) coincides with the issuance of a non-bailable arrest warrant against him by the Islamabad High Court.

The Pakistan Foreign Office spokesperson has said that the arrest warrant was sent to Pakistan's High Commission in London for compliance.

"Doomed To Fail": China's Swipe At US Ahead Of Quad Meet