Pakistani Mom Promised Her Daughter A Wedding Reception. Instead, She Burned Her Alive. 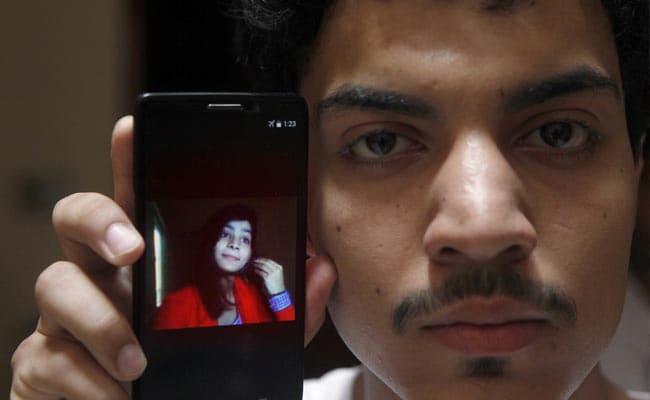 Zeenat Rafiq had been married to her husband for just one week when her mother showed up at the couple's home in June offering to throw them a wedding celebration.

It must have been strange for the 18-year-old Pakistani woman. Her mother, Perveen Bibi, had never approved of her relationship with Hassan Khan, a classmate. Nor had other members of the family, who had rejected multiple marriage proposals from her husband before the couple eloped.

But now, all was forgiven, her mother told her. Come home to celebrate so you're not branded as an eloper.

But there was no celebration on her return to the family's home in Lahore, Pakistan. Instead, her mother and brother beat and strangled her, then tied her to a cot, doused her in kerosene and lit her on fire, according to reports at the time.

After the attack, Bibi ran outside and yelled, "I have killed my daughter for misbehaving and giving our family a bad name," the mother's sister told Agence France-Presse at the time.

Authorities arrested the mother and later Rafiq's brother, Anees Rafiq, and charged them in the young woman's death. The mother confessed almost immediately, telling police, "I have no regrets," according to the Associated Press.

On Monday, Bibi was sentenced to death and Anees Rafiq to life in prison for killing Zeenat Rafiq, the AP reported. A defense attorney for Rafiq told the AP his client was innocent.

Such "honor killings" are commonplace in Pakistan, where roughly 1,000 women are slain every year by relatives, most of them men, who believe they have disgraced their families. In 2015, about 1,100 women died in honor killings, while another 900 suffered sexual violence and 800 attempted suicide or took their own lives, the country's independent Human Rights Commission said in its 2015 report.

Rafiq's death came after a series of attacks on women triggered outrage in Pakistan, which is struggling to reconcile traditional attitudes about women and marriage with growing calls for reform. A week after her mother's arrest, a group of Pakistani clerics issued a fatwa, a ruling under Islamic law, calling honor killings "unethical and unjustifiable" and urging the government to draft new legislation to punish perpetrators.

Hassan Khan, Rafiq's husband, described his wife as his high school sweetheart in an interview with Newsweek Pakistan.

"We were just friends in the beginning," he said, "but both of us realized we loved each other after some time."

Eventually, the two decided to get married. Khan said he urged Rafiq to discuss their engagement with her family. When she did, he said, they beat her "mercilessly."

"Her family found it a matter of great dishonor," he said.

The couple tried on other occasions to get the family's permission to marry, Khan told Newsweek, but they were rejected. So in the summer of 2016, they eloped.

For the first two days, Khan said, they hid at a cousin's house, fearing retribution from Rafiq's relatives. Then they went to Khan's mother's house.

A few days later, Khan said, Rafiq's mother and an uncle arrived with something of an olive branch: if you let Rafiq return home, they said, we'll arrange a formal wedding reception.

It took some coaxing, but a male relative guaranteed Rafiq's safety, Khan told Newsweek. But even after Rafiq agreed to go, she knew she was taking a risk, he said.

"Please forgive me if I don't come back," Khan recalled his wife saying.

It was the last time he saw her alive.

Rafiq had been home just a couple days when her mother and brother burned her. Neighbors heard screams and saw smoke rising from the house, but family members prevented them from coming inside, the AP reported.

Khan said he learned about her death through one of her cousins, who called and said, "They have killed her."

"I couldn't believe my ears," Khan told Newsweek. "I rushed to their house and saw the burned remains of a body - it was so badly disfigured I couldn't even tell if it was a person."

Before Rafiq's mother and brother were sentenced, Khan vowed to seek justice for his wife. He told Newsweek he refused to let her killing cloud his memory of her.

"She was full of joy," he said, "and had such a beautiful smile."

(This story has not been edited by NDTV staff and is auto-generated from a syndicated feed.)
Comments
Pakistan Honour KillingsPerveen BibiDaughter killerZeenat Rafiq murder