Pakistan wants Saudi Arabia to be a part of The China-Pakistan Economic Corridor, the flagship project of the multi-billion dollar Belt and Road Initiative. 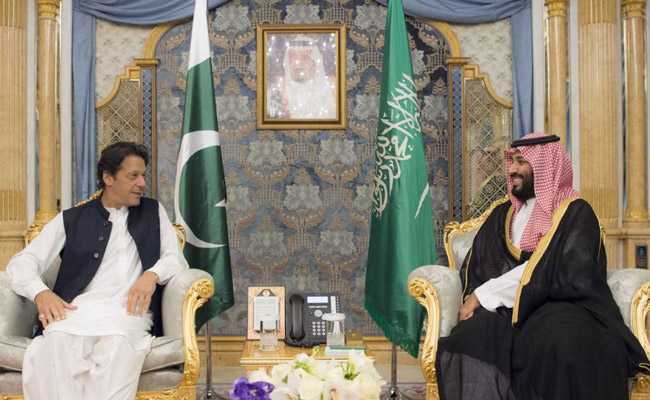 Saudi Arabia will be the third "strategic partner" of the $50 billion China-Pakistan Economic Corridor (CPEC), a senior Pakistani minister announced on Thursday, soon after Prime Minister Imran Khan returned from his first foreign trip to the cash-rich kingdom.

The China-Pakistan Economic Corridor (CPEC) is the flagship project of the multi-billion dollar Belt and Road Initiative (BRI), a pet project of Chinese President Xi Jinping aimed at enhancing Beijing's influence around the world through China-funded infrastructure projects.

Pakistan has invited Riyadh to join the CPEC as the third "strategic partner", The News quoted him as saying.

Saudi Finance and Energy Ministers will visit Pakistan in the first week of October, Chaudhry said.

He said the projects that Saudi Arabia would be investing in the CPEC will be smoothed out during the Saudi delegation's visit.

China has rejected accusations that its financial backing for the CPEC was a "debt trap" that could compromise cash-strapped Pakistan's sovereignty.

The CPEC is the fastest-moving and flagship part of President Xi's global Belt and Road Initiative (BRI).

The CPEC aims to construct and upgrade the transportation network, energy projects, a deep-water port at Gwadar and special economic zones to eventually support Pakistan's industrial development as a manufacturing hub by 2030.

"We have also assured the Saudi leadership that we will continue to provide security to their country and provide strategic support wherever needed," he said on the close defence partnership between the close allies.