Valentine's Day is increasingly popular among younger Pakistanis, with many taking up the custom of giving cards, chocolates and gifts to their sweethearts to mark the occasion. 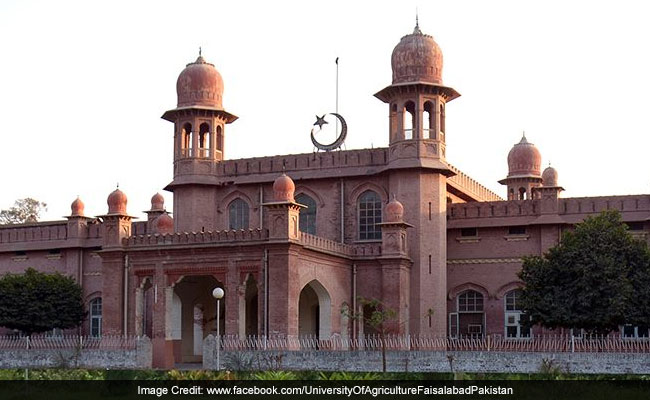 University of Agriculture in Faisalabad said it wanted to promote eastern culture and Islamic traditions.

A Pakistani university is rebranding Valentine's Day as "Sister's Day", and debating marking the holiday widely seen as a Western import by handing out headscarves and shawls to its female students.

The University of Agriculture in Faisalabad (UAF), in central Punjab province, said the change was taken to promote "eastern culture and Islamic traditions among the youth".

"In our culture, women are more empowered and earn their due respect as sisters, mothers, daughters and wives," UAF vice chancellor Zafar Iqbal is quoted as saying on the institution's website.

"We were forgetting our culture, and Western culture was taking root in our society," he continued.

"UAF was mulling a plan to distribute scarves, shawls and gowns printed with the UAF insignia among female students" on February 14, the statement on the website added.

University spokesman Qamar Bukhari told AFP Monday that UAF is seeking donations as it aims to give headscarves to at least 1,000 of its 14,000 female students.

"These scarfs will be distributed by the university administration and not their fellow male students," he added, saying that the goal is to ensure respect for women.

Valentine's Day is increasingly popular among younger Pakistanis, with many taking up the custom of giving cards, chocolates and gifts to their sweethearts to mark the occasion.

But the country remains a deeply traditional Muslim society where women have long struggled for their rights, and many disapprove of the holiday as a Western import.

Pakistan's President Mamnoon Hussain told a crowd of students in 2016 that the day had no place in the Muslim-majority nation and urged young people to focus on their studies instead.

A rising Pakistani social media star, Qandeel Baloch, responded by posing in a plunging scarlet dress and posting a video message refuting his call. Baloch, whose provocative selfies deeply polarised Pakistan, was murdered by her brother later that year.

In 2017, the Islamabad High Court prohibited Valentine's celebrations in public spaces and government offices across the country, while last year the country's media regulator warned TV and radio stations against promoting the holiday.

On social media many rejected the UAF initiative, some joking that "Sister Day" could also be seen as a reference to Raksha Bandhan.