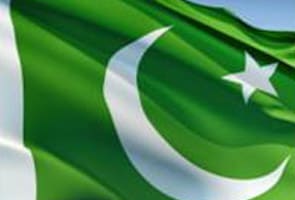 United Nations: Pakistan will try for a non-permanent seat on the UN Security Council next year and hopes to get India's support for its bid, the country's top diplomat to the world body has said.

"Next year we're trying for a Security Council seat (from the Asian region) and I believe that the Indians have said that they will support us there," Abdullah Hussain Haroon told PTI.

He also wished India well for its two-year tenure as a non-permanent UNSC member, beginning from January 2011.

Pakistan had supported India in the recent election for non-permanent seats on the UN Security Council.

Haroon pointed out that Pakistan's support for India was rooted in the Asian Group's efforts to keep a united front.

"A year ago a couple of us met and said let's get the Asian Group working... all other groups had unanimous candidates...Asia always have a fight," the Pakistani envoy said.

"As far as the Asian Group is concerned this was an important act of faith... and we had to see it that way," he added.

On whether Pakistan would support India's bid for a permanent UNSC seat, Haroon gave a guarded response, saying "I think these things go one after another...let's see where the world takes us."

Pointing out that there were already two European nations in the Permanent Five of US, UK, Russia, China and France -- and one more permanent seat may open up for Europe, Haroon said that Asia needs to vie for more permanent UNSC seats, instead of just the one spot that India is contending for.

"I am in favour of Asia getting more seats," he said.

India would share the table for one year with Pakistan if Islamabad is elected with a two-third majority in the General Assembly polls for non-permanent UNSC seats in October 2011.

Promoted
Listen to the latest songs, only on JioSaavn.com
India, which has been on the Council six times before, had earlier shared the table with Pakistan in 1968, 1977 and 1984.

Haroon also underlined that he shared a "good relationship" with his Indian counterpart Hardeep Singh Puri, which is often analysed by the media.

Last month, Puri and Haroon attended the semi-final and final matches of the Indo-Pak tennis duo, Rohan Bopanna and Aisam-Ul-Haq Qureshi, at the US Open.

"Ambassador Puri and I, despite the occasional broadsides fired at us, we've kept a good relationship," he said. "All I can say is that everyone reciprocates and it gets further."

Haroon also said that the newly-elected member countries at the UNSC would have a chance to prove themselves during their terms. "They have a year or two to prove what can be possible," he said.