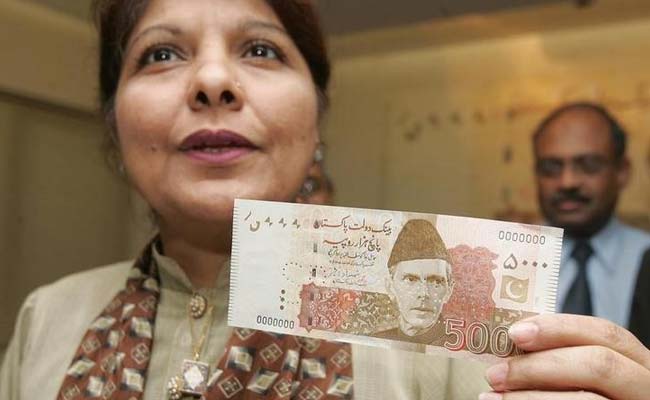 ISLAMABAD: Pakistan's government has dismissed a recommendation from the upper house of parliament to scrap the 5,000 Pakistani rupee bank note to cut the flow of illicit money and reduce the size of the informal economy.

India scrapped its two biggest currency bills - the 1,000 rupee and 500 rupee notes - in November in a bid to flush out money hidden from the tax man, leading to acute currency shortages and raising concern about growth there.

Pakistan's Senate passed a non-binding resolution this month calling for the government to follow suit to "reduce illicit money flow, encourage the use of bank accounts and reduce the size of the undocumented economy".

But the finance ministry ruled out such a cash ban, saying it would hurt business.

"Given the continuing use of cash in transactions, the government believes that discontinuation of the 5,000 rupee note would adversely affect the efficiency of exchange in business," the ministry said in a statement, seen by Reuters on Tuesday.

During the last financial year, 17 per cent of currency notes printed were of the 5,000 denomination, the finance ministry said.

Pakistan has a huge informal economy and transactions are often handled in cash, partly because much of the population is not in the formal sector.

The government frequently offers tax amnesties to encourage people with hidden wealth to declare assets and enter the banking system, hoping to expand an extremely narrow tax base.

But governments have struggled for decades to boost a meagre tax-to-gross domestic product ratio of only about 10 percent.

Promoted
Listen to the latest songs, only on JioSaavn.com
The ministry said the government hoped to encourage digital banking to "reduce the dependence on currency".

"This is the way to move forward for promoting documentation in the economy rather than by cancelling any existing denomination," it said.
© Thomson Reuters 2016