The Tough Decisions Imran Khan's Party Faces After His Ouster

Pakistan Political Crisis: Protests will be held against the new government in and outside the Parliament House. 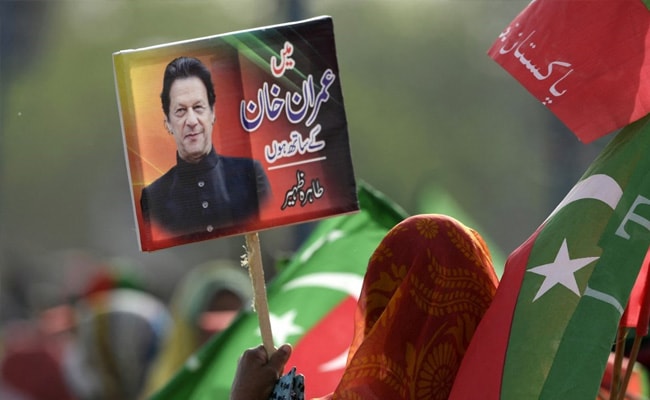 Pakistan Political Crisis: Imran Khan's supporters are expected to protest against his ouster.

Former Pakistan Foreign Minister and Pakistan Tehreek-e-Insaf (PTI) leader Shah Mahmood Qureshi has said that the party will take the final decision regarding the resignations of its members from the assemblies on Monday, reported local media.

"A parliamentary party session will be held on Monday in which PTI will take a final decision regarding the resignations. Everything will be done as per Imran Khan's directives and his decisions will be accepted by all of us," ARY News quoted Qureshi as saying during its news programme on Sunday.

Refuting the media reports regarding the collection of PTI lawmakers' resignations, Qureshi said that the majority of the PTI lawmakers have suggested staying in the assemblies and protests will be held against the new government in and outside the Parliament House.

Notably, this is in contradiction to PTI leader Fawad Chaudhry's statement in which he said that his party members would resign from the National Assembly on Monday if the nomination of Pakistan Muslim League-Nawaz (PML-N) President Shahbaz Sharif is accepted.

The former foreign minister also confirmed the presence of PTI chairman Imran Khan in the Parliament today, adding that he will also take part in the voting process for the election of the Prime Minister, reported ARY News.

The National Assembly session to elect the new premier will now be held at 2.00 pm (local time) today, contrary to a previous schedule of 11.00 am.

Security measures ahead of the Prime Minister's election have been put in place, with strict frisking of the people taking place around the D-chowk. Furthermore, roads leading to Parliament will be opened after the election of the new premier, as per the media reports.

The voting on the no-confidence motion against the Imran Khan-led Pakistan Tehreek-e-Insaf (PTI) government was held in the country's National Assembly late on Saturday night, with 174 members recording their votes in favour of the motion that ousted the Imran Khan government.