Shireen Mazari in a tweet said that the article she had cited in her earlier post has been corrected and therefore, she had deleted her earlier tweet. 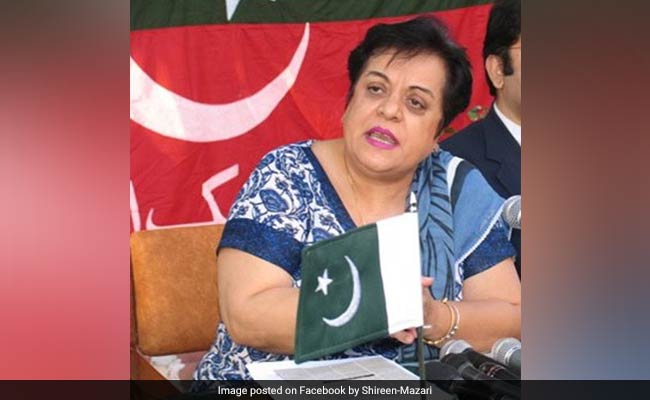 Pakistan Human Rights Minister Shireen Mazari on Sunday deleted her tweet, where she said that French President Emmanuel Macron was treating Muslims like Nazis treated Jews in World War II, after France demanded her to withdraw her remarks.

In a tweet linking an online article, Ms Mazari on Saturday had said, "Macron is doing to Muslims what the Nazis did to the Jews -- Muslim children will get ID numbers (other children won't) just as Jews were forced to wear the yellow star on their clothing for identification."

Following this, Ms Mazari in a tweet said that the article she had cited in her earlier post has been corrected and therefore, she had deleted her earlier tweet for the same reason.

"The French Envoy to Pak sent me the following message and as the article I had cited has been corrected by the relevant publication, I have also deleted my tweet on the same," she tweeted.

Ms Mazari's earlier tweet was strongly condemned by the French Ministry of Europe and Foreign Affairs, which issued a statement demanding Charge d'affaires of Pakistan in Paris for rectification of Ms Mazari's tweet.

"Today, a member of the Pakistani Cabinet has expressed views through social media, in terms that are deeply shocking and insulting for the President of the Republic and for our country. These despicable words are blatant lies, loaded with an ideology of hatred and violence. Such slanderous comments are disgraceful at such level of responsibility. We reject them strongly," the statement said.

It further said, "We have immediately informed the Charge d'affaires of Pakistan in Paris of our condemnation, in the strongest terms. Pakistan must rectify this statement and return to the path of dialogue based on respect."

France in the last one month has witnessed several terror attacks after Charlie Hebdo announced the republishing of a controversial caricature and French President Emmanuel Macron refused to criticise it in early October.

Mr Macron is facing renewed criticism in the Muslim world and abroad over his latest plans to tackle what he calls radical Islam, including asking Muslim leaders in his country to agree to a "charter of republican values", reported Dawn.

On October 16, a terrorist beheaded a secondary school teacher Samuel Paty, who used controversial cartoons published by Charlie Hebdo in his classes. On the morning of October 30, another terrorist attack occurred when a man stabbed three people to death and wounded several others in a church in Nice.