Alleging poll rigging and threatening country-wide protests, a multi-party meeting which included the Pakistan Muslims League-Nawaz (PML-N) has rejected the results and demanded a "transparent" re-election. 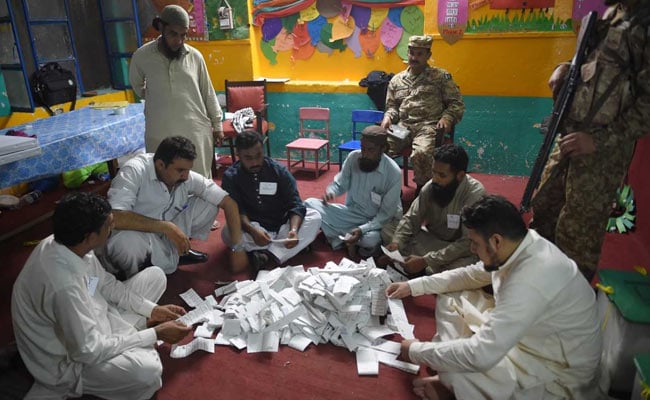 Pakistan's poll body has rejected the "blatant" rigging allegations levelled by PML-N and other parties.

Five empty ballot boxes and over a dozen papers have been found by the roadside in Pakistan's Karachi and Sialkot, raising suspicion over the poll body's claims of having conducted free and fair general elections.

A European Union team of election observers had concluded that Pakistan's general elections on July 25, won by Imran Khan's Pakistan Tehreek-e-Insaf (PTI) with 116 seats, were eclipsed by "restrictions" on freedom of expression and an "unequal" opportunity for candidates to campaign.

Alleging poll rigging and threatening country-wide protests, a multi-party meeting which included the Pakistan Muslims League-Nawaz (PML-N) has rejected the results and demanded a "transparent" re-election.

Pakistan Peoples Party (PPP) candidate for NA-241 seat Moazzam Ali Qureshi informed the police about the recovery of a dozen ballot papers from a garbage dump near a famous superstore in Qayyumabad area of the city, DIG police Amir Farooqui was quoted as saying by Dawn news.

The police asked him to approach the concerned district returning officer of the election commission, who would launch an inquiry if needed. About 12 ballot papers were recovered. 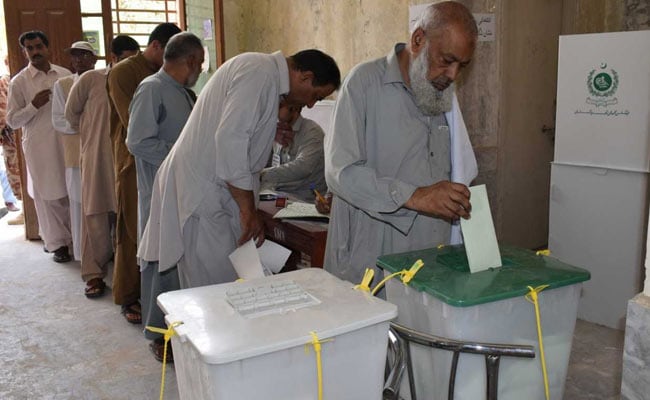 Pakistan Election 2018: The vote was meant to be a rare democratic transition in country. (AFP)

Police said that some unidentified people had thrown the empty ballot boxes, it said.

After receiving information about the recovery of the ballot boxes, PTI's defeated candidate from the constituency (NA-73) Usman Dar along with a large number of his party workers reached the spot and raised slogans against PML-N's Khawaja Muhammad Asif, who has won the election.

Dar alleged that the recovered ballot boxes were thrown by PML-N workers after they had stolen them from some local polling stations. Asif rejected the allegations, saying that PTI's Dar was trying to get sympathy from the people, the report added.

In its preliminary assessment of the 25 July elections, the EU Election Observation Mission (EOM) said the media outlets and journalists suffered from restrictions which resulted in self-censorship.

The multi-party meeting told media that it was "not an election but selection" and the results were unanimously rejected by the parties attending the moot.

However, the Election Commission of Pakistan (ECP) has rejected the "blatant" rigging allegations levelled by the incumbent PML-N and other parties, saying it did "our job right."

Cricketer-turned-polician Imran Khan led his party to victory in the parliamentary elections, amid a growing consensus among South Asia experts and Pakistan-observers that it was greatly influenced and meddled by the strong Pakistani Army.

Pakistan's NA - the lower house of Parliament - comprises a total of 342 members, of which 272 are directly elected. A party can only form the government if it manages to secure 172 seats in total.

A party can only form the government if it manages to secure 172 seats in total.