On Pakistan, Donald Trump Says, 'Will Call Evil By Its Name'

Donald Trump's remarks came a day after Pakistan secured the release of an American-Canadian family from the clutches of the Haqqani terror network. 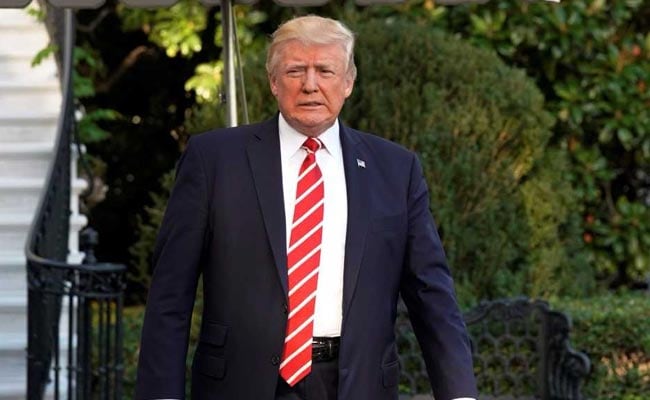 Washington: President Donald Trump on Friday said that Pakistan took "tremendous advantage" of the US over the years, but is now "starting to have a real" relationship.

Trump's remarks came a day after Pakistan secured the release of an American-Canadian family from the clutches of the Haqqani terror network, five years after they were abducted.

"Yesterday, things happened with Pakistan," said the US president.

"I have openly said Pakistan took tremendous advantage of our country for many years, but we're starting to have a real relationship with Pakistan, and they're to respect us as a nation again, and so are other nations," Trump said.

"They are starting to respect the United States of America again," he said and thanked the leaders of Pakistan for "what they've been doing".

"In this administration, we will call evil by its name," Trump said.

American citizen Caitlan Coleman and her Canadian husband Joshua Boyle along with their three children were rescued from the Haqqani network yesterday after an operation by Pakistani forces based on intelligence from the US authorities.

Trump had slammed Pakistan for its continued support to terrorist groups and warned Islamabad of consequences if it continues to do so while announcing his Afghan and south Asia policy in August.

President Trump yesterday hailed the release of the hostages from Taliban captivity. He said their release was a "positive moment" for US relations with Pakistan.

Trump also praised Pakistan for its willingness to "do more to provide security in the region" and said the release suggests other "countries are starting to respect the United States of America once again."
Comments
Donald Trump on PakistanUS Pak Relation