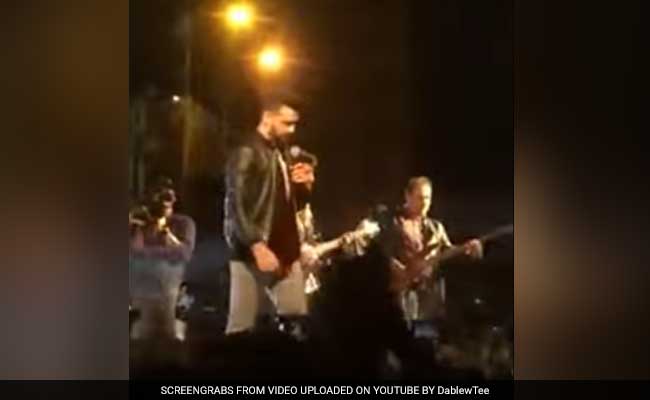 Karachi: Pakistani singer Atif Aslam stopped his concert mid-way to rescue a girl who was being harassed by some men, a report said.

The singer was performing at the Karachi Eat 2017 concert on Saturday night when he saw a group of men harassing a girl in the front row, news agency IANS reported citing a Geo news report.

Realising the incident unfolding before him, Mr Aslam walked up to the group of youngsters and scolded them.

"Have you never seen a girl before?" Mr Aslam asked.

"Your mother or sister could be here as well," added the "Tere sang yaara" singer.

The girl was later escorted to safety by the bouncers present there.

The event comes at a time when many were lamenting on social media how Karachi Eat 2017 organisers declared the festival a 'family only' event.

Promoted
Listen to the latest songs, only on JioSaavn.com
The organisers, however, have not yet come out with any response on the incident.