"Not All Are Terrorists": Pak On India Objecting To Burhan Wani Stamps

Pakistan Foreign Minister Mehmood Qureshi said India used incidents that happened in July to cancel peace talks that it agreed to in September. 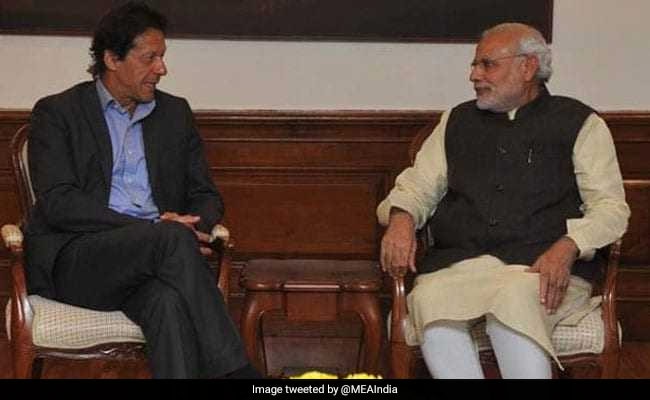 India's reluctance to hold talks with Pakistan will not stop Islamabad from closing doors on its efforts to promote peace in the region, Foreign Minister Shah Mehmood Qureshi has said, days after New Delhi cancelled the foreign minister-level meeting in New York.

Addressing a news conference at the Pakistan Embassy in Washington on Sunday, Mr Qureshi said India used incidents that happened in July to cancel peace talks that it agreed to in September.

India on Friday cited the "brutal" killing of three policemen in Jammu and Kashmir as well as the release of the postal stamps "glorifying" Kashmiri terrorist Burhan Wani for calling off the meeting between External Affairs Minister Sushma Swaraj and her Pakistani counterpart Qureshi on the sidelines of the UN General Assembly in New York this month.

"India is reluctant, we will not close our doors," Mr Qureshi said.

"Hiding away from issues will not make them disappear. It will not improve the situation in Kashmir," he was quoted as saying by the 'Dawn' newspaper.

The foreign minister said he was unable to understand India's refusal to participate in peace talks with Pakistan.

"Engagement, no-engagement. Coming, not coming. We desired talks as we believe the sensible way is to meet and talk. They agreed, and then disagreed," he said.

"We did not use a non-diplomatic language in our rejoinder. Our response was matured and measured. They adopted a new approach, and moved back," he said.

Asked if tensions between India and Pakistan could lead to a war between the two countries, Mr Qureshi said "Who is talking of war? Not us. We want peace, stability, employment and improving lives. You identify where is the reluctance".

Mr Qureshi said that Pakistan's desire for peace should not be mistaken for a sign of weakness.

"We want peace. It does not mean, we cannot defend ourselves against aggression. We can but we do not have an aggressive mindset," he said.

Mr Qureshi also rejected India's concerns over the release of  postal stamps "glorifying" Kashmiri terrorist Burhan Wani, saying "hundreds of thousands of people are fighting in Kashmir, not all of them are terrorists".

India initially agreed to a meeting between Ms Swaraj and Mr Qureshi, but later said it would would be "meaningless" to hold talks after the "two deeply disturbing" developments.

Ties between India and Pakistan nosedived following a spate of terror attacks on Indian military bases by Pakistan-based terror groups since January 2016.

Following the strikes, India announced it will not engage in talks with Pakistan, saying terror and talks cannot go hand-in-hand.