"Keep Us Out Of Politics": Pakistan Army's Warning To Critics

The Pakistan army said that the efforts being made by certain politicians and analysts to push the institution and its leadership in political affairs was "extremely damaging". 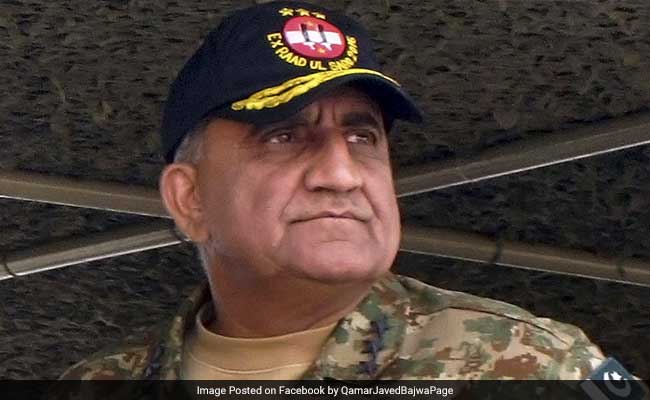 Pakistan's powerful army warned its critics on Sunday to avoid throwing dirt on the premier institution as it took "strong exception" to "intensified and deliberate attempts" to drag it into politics after the removal of the government of Imran Khan last month.

The 69-year-old cricketer-turned-politician was voted out of power last month through a no-confidence motion, which he alleges was masterminded by the US with the help of local players over his pursuance of an independent foreign policy. His supporters used social media to target the army for doing nothing to save his government.

In a statement, the army said that the efforts being made by certain politicians, journalists and analysts to push the institution and its leadership in political affairs was "extremely damaging".

"Recently, there have been intensified and deliberate attempts to drag Pakistan's Armed Forces and their leadership in ongoing political discourse in the country," according to the statement.

"These attempts are manifest through direct, insinuated or nuanced references to Armed Forces as well as their senior leadership, made by some political leaders, few journalists and analysts on public forums and various communication platforms including social media." The army further said that this practice of unsubstantiated, defamatory and provocative statements and remarks was extremely damaging.

"Pakistan Armed Forces take strong exception to such unlawful and unethical practice and expect all to abide by the law and keep the Armed Forces out of political discourse in the best interest of the country," it added.

The army has ruled Pakistan for almost half of its history and played a behind the scene role in sending home various elected governments.

But its spokesman said at a press conference last month that the military had decided to stay away from politics, especially the current political tussle between former premier Khan and his opponents.

However, it did not stop Punjab Governor Omar Sarfraz Cheema who on Thursday sought the army's intervention to lead the province out of the crises.

In a letter to Army chief Gen Qamar Javed Bajwa, Cheema requested him to play a defining role in the current chaotic times, as he was of the opinion that constitutional crisis-ridden Punjab had been held hostage.

According to Dawn, an anti-army hashtag generated over 69,000 tweets and a similar one over 410,000 tweets in the past few days. The Federal Investigation Agency had also launched a crackdown to arrest those defaming the army.

Lately, a video clip by the anchorman of Bol TV, Sami Ibrahim, criticizing General Bajwa went viral prompting the FIA to start an inquiry against him.