Over 5 Billion People Could Face Water Shortage By 2050: UN

The World Meteorological Organization (WMO), on Tuesday, said that climate change increases the global risk of water-related hazards like floods and droughts, and the number of people affected by water scarcity is also expected to soar. 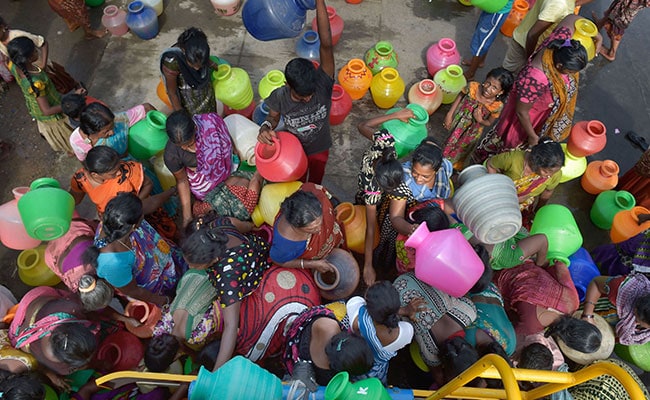 In the past 20 years, terrestrial water storage has dropped at a rate of 1cm per year. (File)

More than five billion people globally are expected to face a shortage of water by 2050, a United Nations (UN) agency report has warned.

The World Meteorological Organization (WMO), on Tuesday, said that climate change increases the global risk of water-related hazards like floods and droughts, and the number of people affected by water scarcity is also expected to soar.

"According to figures cited in the report, 3.6 billion people had inadequate access to water at least one month per year in 2018. By 2050, this is expected to rise to more than five billion," the report titled "The State of Climate Services 2021: Water" said.

It further highlighted the need for urgent action to improve cooperative water management, embrace integrated water and climate policies and scale up investment in this precious commodity which underpins all the international goals on sustainable development, climate change adaptation and disaster risk reduction.

In the past 20 years, terrestrial water storage - the summation of all water on the land surface and in the subsurface, including soil moisture, snow and ice - has dropped at a rate of 1cm per year.

According to the report, the biggest losses are occurring in Antarctica and Greenland, but many highly populated lower latitude locations are experiencing significant water losses in areas that are traditionally providing water supply, with major ramifications for water security.

The situation is worsening by the fact that only 0.5 per cent of water on Earth is useable and available freshwater.

Water-related hazards have increased in frequency over the past 20 years. Since 2000, flood-related disasters have risen by 134 per cent compared with the two previous decades. Most of the flood-related deaths and economic losses were recorded in Asia, where end-to-end warning systems for riverine floods require strengthening.

The number and duration of droughts also increased by 29 per cent over this same period. Most drought-related deaths occurred in Africa, indicating a need for stronger end-to-end warning systems for drought in that region, the report added.