Argentine priest Horacio Corbacho was sentenced to 45 years in jail, while a 42-year sentence was imposed on Italian Nicola Corradi for the abuse of some 20 children. 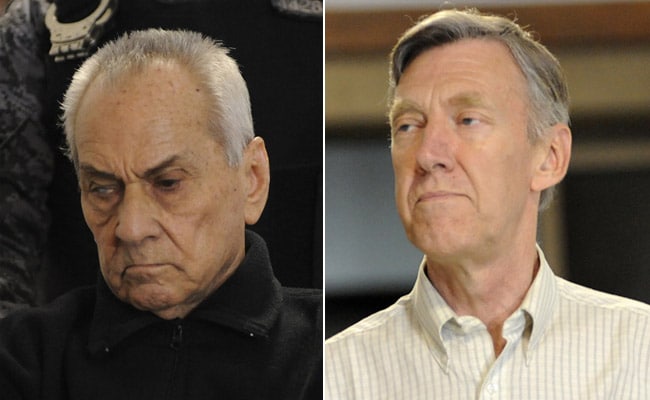 The priests had been held in preventive detention since their arrest three years ago.

Two Roman Catholic priests were each sentenced to more than 40 years in prison in Argentina for the sexual abuse, including rape, of deaf children, a court in the western city of Mendoza ruled Monday.

Argentine priest Horacio Corbacho was sentenced to 45 years in jail, while a 42-year sentence was imposed on Italian Nicola Corradi for the abuse of some 20 children at the Provolo Institute for deaf and hearing-impaired children between 2004 and 2016.

The trial, one of several involving the school that have yet to begin, has sent shockwaves through the Catholic Church in the homeland of Pope Francis.

The court said the sentences took into account the aggravating circumstances that the priests were responsible for the children's wellbeing, as well as the fact that the victims were minors living at the boarding school.

The victims were children and adolescents aged between four and 17.

The school's gardener, Armando Gomez, was also jailed for 18 years for sexual abuse.

Neither of the three defendants made any response when their sentences were read out. Corradi, the eldest, had been brought into court on a wheelchair.

Outside the court a group of young people waited for the ruling, holding up banners which said "Support for the Survivors of Provolo."

Some burst into wild celebrations when the sentence was read out in court. Some of the victims' mothers simply embraced and wept.

Corbacho, 59, and 83-year-old Corradi had been held in preventive detention since their arrest three years ago on charges of child sex abuse at the school.

Apart from the gardener, several other staff at the school were taken into custody after the allegations of abuse first came to light in 2016, and the institute, 1,000 kilometers west of Buenos Aires, was shut down.

They included a 42-year-old Japanese nun, Kosaka Kumiko, who was arrested later after surrendering to authorities. She was charged with complicity with the two priests.

The trial began on August 5 and heard evidence from 13 victims from the institute during in camera hearings.

In a fast-tracked trial last year, a former altar boy, Jorge Bordon, 50, received a 10-year sentence after pleading guilty to the sexual abuse of five children.

Another of the defendants was deemed mentally incompetent by the court for being disabled and having suffered sexual abuse himself as a child.

Corradi arrived in Argentina in 1970 from the Provolo Institute in Verona, Italy, and took over the institution in the South American country, initially in La Plata near Buenos Aires, and then, from 1998, in Mendoza.

Prosecutors have investigated other cases of abuse at the La Plata branch of the Provolo Institute which will also go to trial.

"Life was very bad in there," one of the victims, 18-year-old Ezequiel Villalonga, told AFP at the beginning of the trial, highlighting the vulnerability of the children at the Mendoza school.

"We didn't learn anything. We didn't have any communication," Villalonga said of the school, set up to educate children with impaired hearing or speech disorders.

"We didn't know sign language, we didn't know what we were writing, we asked other classmates and, also, nobody understood anything."