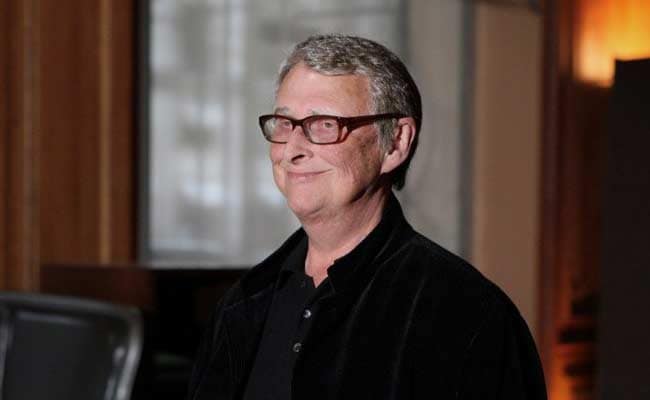 Los Angeles: Oscar-winning director Mike Nichols, a creative force behind countless classic American films and plays, has died at the age of 83.

The legendary director, who won an Oscar for "The Graduate," directed nearly two dozen films in all, among them, the timeless "Who's Afraid of Virginia Woolf?" and lighter fare with a contemporary edge like "Working Girl."

The director is one of the rare figures in American entertainment to have earned an "EGOT," having been honored with at least one Emmy, Grammy, Oscar and Tony award.

In addition to his Oscar, Nichols, in a career that spanned several decades, was awarded seven Tony Awards, two Emmy Awards, and a Grammy, awarded in 1961 for Best Comedic Performance with his longtime artistic partner, Elaine May.

The director was a member of American entertainment royalty, being married for many years to celebrated ABC television news presenter Diane Sawyer.

Sawyer's employer confirmed Nichols' death in a statement on Thursday that eulogized him as a directing genius with a "sparkling wit and a brilliant mind."

"In a triumphant career that spanned over six decades, Mike created some of the most iconic works of American film, television and theater -- an astonishing canon ranging from 'The Graduate,' 'Working Girl,' and 'Who's Afraid of Virginia Woolf'," among many other works.

"He was a true visionary, winning the highest honors in the arts for his work as a director, writer, producer and comic," James Goldston, president of ABC News, said in his statement.

The news network said the Nichols family will hold a small, private service for him later this week, and a memorial service at a later date.

The son of a Russian doctor who escaped to Germany after the Russian revolution, Nichols started life as Michael Igor Peschkowsky.
His family was forced to flee Nazi Germany for the United States in 1939, and settled in New York City when the boy was just seven years old, People Magazine wrote.

His early life of hardship -- his father died when he was just 12 -- led Nichols to seek solace in movie theaters, and to pursue a career in the world of entertainment, eventually becoming one of its leading lights.

From satire to director's chair

He first made his name in comedy, teaming up for four years with May, creating imaginative two-person skits that inspired generations of improvisational actors who followed them.

Nichols and May also helped co-found the Compass Players, a Chicago-based improvisational acting troupe that became the forerunner to the renowned Second City improvisational theater troupe, incubator to some of America's most famous comedians, including John Belushi, Steve Carrell and Stephen Colbert.

Nichols and May split up their comedy team in 1961 -- he to pursue a career as a director for stage and film, while she focused on her work as a playwright, screenwriter and director.

But as gifted as he was in comedy, it was in directing that Nichols found his true calling.

In addition to winning a best directing Academy Award for his 1967 "The Graduate," Nichols was nominated for "Silkwood," "Who's Afraid of Virginia Woolf" and "Working Girl."

Some of his other films include "Catch-22," "Carnal Knowledge," "Heartburn," "Postcards from the Edge," "The Birdcage" and "Primary Colors."

The Directors Guild of America earlier this year bestowed upon Nichols its highest honor -- its Lifetime Achievement Award. He is one of only 30 directors to have been so honored.

"He is a giver. He's good at comfort and joy. He's good at improving the shining hour and brightening the dark one, and, of course, he's superlative fun," the dramatist said. "To me, he is the best of America."

ABC said that Nichols, who has been married four times, was wed to Sawyer for the past 26 years. The director is survived by three children and four grandchildren.

The network quoted longtime Nichols collaborator Meryl Streep, who was equally passionate about her experience working with him.