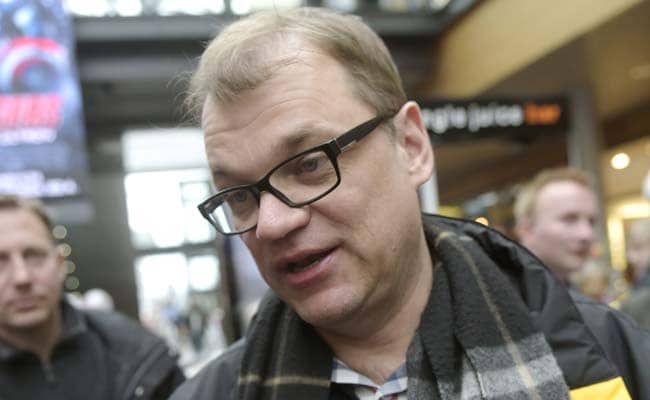 Centre Party leader Juha Sipila, a 53-year-old IT millionaire and newcomer to politics, is set to become Finland's next prime minister.

"It seems as though the Centre has won. Congratulations," Stubb told Finnish public radio and television YLE after around 70 percent of votes had been counted.

His first task will be to pick his coalition partners. Tradition dictates that the largest party takes the post of prime minister and forms a government with the other largest parties to obtain a majority in parliament.

Several weeks of difficult negotiations are expected before Sipila is able to present a coalition, and he has not yet revealed which parties he would like to collaborate with.

Sipila campaigned heavily on his business know-how, vowing to get the eurozone country's economy back on track after three years of recession and stagnation, austerity and failed reforms.

Voters were disgruntled with Stubb's four-party left-right government coalition, which has been paralyzed by internal discord and unable to push through any real policy changes.

"The Finnish situation is very difficult and it will be about a 10-year-project to get Finland in shape again," Sipila said after the results came in, adding that "a combination of cuts, reforms and growth" were needed in the future.

"All options are open, including the entry of the Finns Party into the government."

Finns Party leader Timo Soini, whose affable style and down-home charisma is largely seen as responsible for his party's success, has made it clear he wants to be in government, eyeing the posts of foreign and finance minister.

But it may be difficult for Sipila to agree to that.

The Finns Party is opposed to what it sees as Brussels' interference in Finnish affairs, and Finland in general has been one of the most reticent eurozone members, if not the most, when it comes to bailing out debt-laden Greece.

Sipila's Centre Party also has a strong anti-EU faction, though Sipila himself is seen as a pro-European.

Elected to parliament in 2011, Sipila became Centre party leader in 2012 when he was still virtually unknown to most Finns.

His party, which has been in the opposition since 2011, has however been a dominant force in Finnish politics, fostering 12 prime ministers and three presidents.

The election campaign was overshadowed by economic worries.

The country was long a top performer in the eurozone, hailed by Germany and credit rating agencies for running a tight economic ship. But it has failed to adapt to a rapidly changing economic climate.

The two pillars of its economy, the forestry sector and technology industry led by one-time giant Nokia, have shrunk dramatically, while two of Finland's biggest trading partners, Russia and the eurozone, are slogging through their own economic worries.

Unemployment is at its highest level since 2003, at 9.2 percent.

Faced with Finland's serious economic woes, "the government programme will be quite difficult to create," Aunesluoma predicted.

Sipila has vowed a series of economic reforms to get Finland back on its feet.

They include easing up on bureaucracy, tax breaks for newly-created jobs and a reform of unemployment benefits.

Promoted
Listen to the latest songs, only on JioSaavn.com
He has promised to create 200,000 private sector jobs in 10 years. Part of the plan includes cutting state spending by slashing hundreds of thousands of jobs in the public sector, mainly by not replacing those who retire.

"We need... new entrepreneurship and new jobs in the whole of Finland. We need bold solutions (and) goal-oriented leadership," he said on the eve of the election.