The men stormed the grounds of the mosque in the western city of Herat, but security guards shot dead one of them and the other blew himself up. 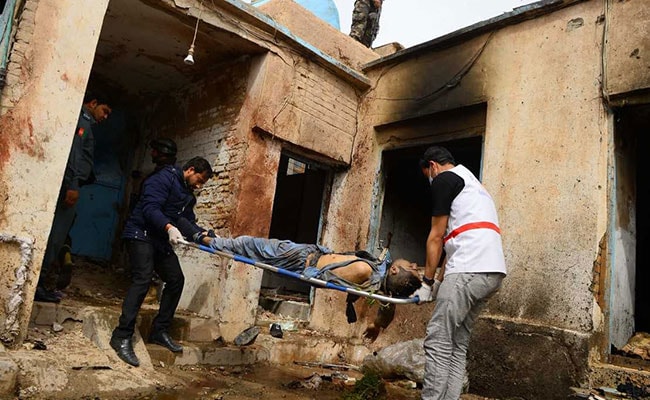 Afghan volunteers, security personnel carry a man on stretcher after the attack (AFP)

Herat: Two suicide attackers struck a Shiite mosque in Afghanistan on Sunday, killing at least one person and wounding eight others, officials said, in the latest assault against the Muslim minority.

The men stormed the grounds of the mosque in the western city of Herat, but security guards shot dead one of them and the other blew himself up before reaching the hall where worshippers were praying, provincial governor spokesman Jilani Farhad told AFP.

At least one worshipper was killed and eight others were wounded in the attack on Nabi Akram mosque, Farhad said, adding all the victims were civilians.

The area around the mosque was cordoned off by police and ambulances were seen rushing victims to hospitals in the city, an AFP photographer at the scene said.

There was no immediate claim of responsibility for the attack but the ISIS regularly targets Shiites in an attempt to stir up sectarian violence in the Sunni-majority country.

ISIS's local franchise in Afghanistan claimed an attack in Kabul last Wednesday that killed at least 33 people and wounded dozens more, many of them teenagers.

Promoted
Listen to the latest songs, only on JioSaavn.com
A suicide bomber blew himself up among a crowd of people celebrating Nawrooz, the Persian new year holiday, in a heavily Shiite neighbourhood.
© Thomson Reuters 2018

(Except for the headline, this story has not been edited by NDTV staff and is published from a syndicated feed.)
Comments
shiite mosque attackisis attackAfghanistan mosque attack