On Camera, Ukraine Plane Turns Into Fireball Before Crashing In Iran

Boeing 737 Crash: The Kiev-bound Boeing 737 plane that reportedly had 167 passengers and nine crew members on board crashed shortly after it took off from Tehran. T 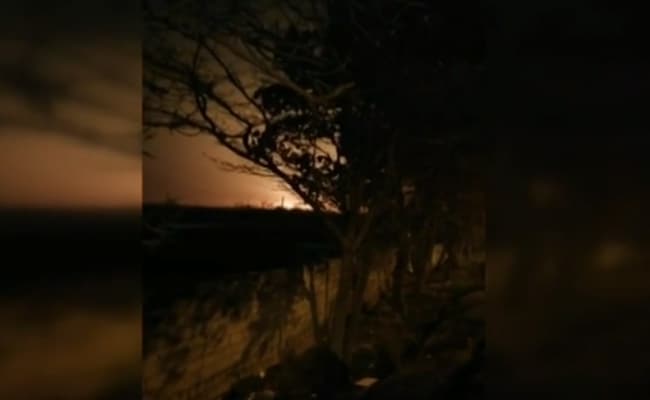 Boeing 737 Crash: All on board have died.

A Ukrainian airliner with 176 aboard that crashed in Iran today turned into a fireball when it fell on ground shows the first footage of the accident that is being widely shared on social media.

The  Kiev-bound Boeing 737 plane that reportedly had 167 passengers and nine crew members on board crashed shortly after it took off from Tehran. The plane had already caught fire before the crash, shows the video.

The 28-second clip - shot from a distance - has caught the moment when the plane fell on the ground, turned into a fireball.

Flight PS752 from Tehran to Kiev was scheduled to arrive at 8:00 am, according to the flight status still displayed on the UIA website.

The crash is likely to have been caused by "technical difficulties", local media reported, citing Ali Khashani, spokesman for Imam Khomeini International Airport.

The accident was reported shortly after Iran said it fired missiles at Iraqi bases in revenge for the killing of one of the top military commanders - Qasem Soleimani - in a US drone strike on Friday.

Soon after the missile strikes, the US Federal Aviation Administration (FAA) said it was banning US-registered carriers from flying over Iraq, Iran and the Gulf after rocket attacks on US forces in Iraq.

(With inputs from Reuters, AFP)