As Omicron Spreads, Mixed Messages About How Dangerous It Can Be

Omicron Covid Variant: Scientists are scouring available data to try to predict omicron's impact as many questions about the new strain remain unanswered. 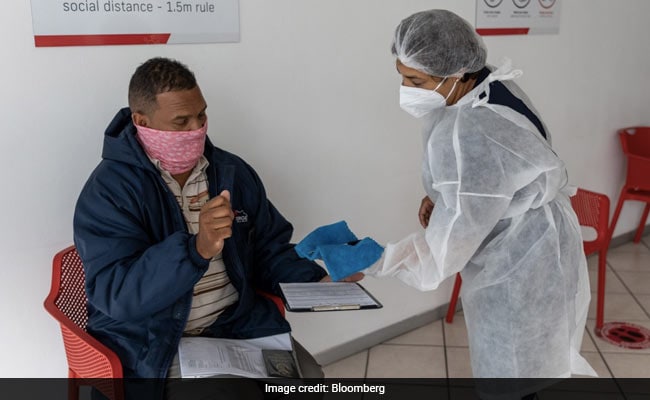 South Africa's surge in Covid-19 cases following the emergence of the omicron variant hasn't overwhelmed hospitals so far, prompting some cautious optimism that the new strain may cause mostly mild illness.

Initial data from South Africa, the epicenter of the outbreak of the omicron variant, are "a bit encouraging regarding the severity," Anthony Fauci, U.S. President Joe Biden's chief medical adviser, said on Sunday. At the same time, he cautioned that it's too early to be definitive.

Scientists and public-health officials are scouring available data to try to predict omicron's impact as many questions about the new strain and its multiple mutations remain unanswered. The variant, now dominant in South Africa, has made its way from Tokyo to Oslo since its discovery was announced on Nov. 25.

The scramble for clarity has led to sometimes conflicting messages about how serious a threat omicron represents.

Moderna Inc. President Stephen Hoge on Sunday said there's a clear risk that existing vaccines will be less effective against omicron, though it's too early to say by how much. Other vaccine developers last week expressed optimism that the shots may retain some efficacy against severe illness.

While the early link between infections and hospitalizations may look encouraging, there also tends to be a time lag between the two occurrences.

Severe symptoms in patients who contracted earlier variants typically developed between one and three weeks after they were diagnosed, according to South Africa's National Institute for Communicable Diseases. The seven-day moving average of daily new cases in the country rose to 10,055 last week, from less than 300 three weeks earlier.

Governments around the world, which had hoped for a return to normalcy after two years of pandemic struggles, responded to the new strain by swiftly clamping down on travel.

The U.K. will require all travelers to take a test within 48 hours of their flight, regardless of their vaccination status. France has tightened testing requirements for visitors from outside the European Union. Germany's Angela Merkel, in her last podcast as chancellor, pleaded with people to take the virus seriously and get vaccinated.

"There was almost a knee-jerk response of countries, including the U.S., to block travel from countries in which there were recognizable cases of omicron," Fauci said Monday at a separate event. "That knee-jerk reaction was understandable, it had political and nationalistic aspects to it to protect your country, but you also have to take into consideration your responsibility not only to your country but to the rest of the world."

Omicron has sparked concern that it could evade vaccine-induced protection and frustrate efforts to reopen economies because it shows some 30 or more changes in the spike protein, which the virus uses to lever its way into cells. But several more weeks may elapse before laboratory testing and real-life studies begin to untangle exactly what the mutations mean.

In another encouraging sign, the Steve Biko and Tshwane District Hospital Complex in Pretoria, South Africa, said that most patients in the Covid wards didn't require oxygen. That marks a departure from previous waves.

Fauci said the Biden administration is reevaluating the travel ban on eight southern African countries as more information becomes available. New York City recorded three more cases of the mutation, which has popped up in at least 11 U.S. states. Omicron cases linked to a corporate Christmas party in Oslo may rise to as many as 100, a Norwegian broadcaster reported over the weekend.