Village In New Zealand Wants To Ban All Cats. Here's Why

New Zealand's efforts to protect its most rarefied creatures are turning to a measure that has rattled many cat owners: banning feline friends. 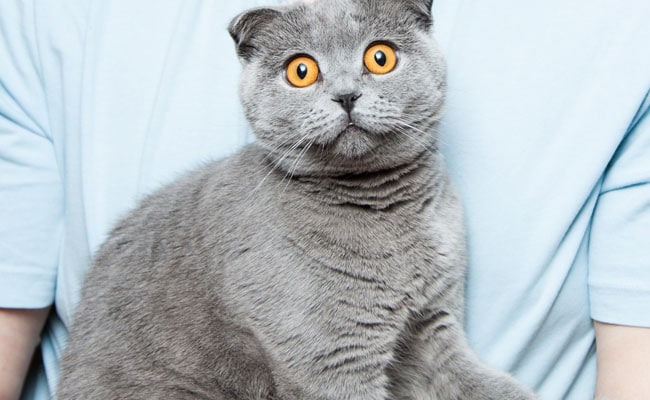 The Omaui proposal would require cat-izens to be neutered, micro-chipped (Representational)

First, New Zealand declared war on dirty-clawed predators - stoats, rats, weasels - and there was little to be missed. But as the fight comes to the kitties, some owners are paws-sitively outraged.

New Zealand's efforts to protect its most rarefied creatures are turning to a measure that has rattled many cat owners: banning feline friends. The southern coastal village of Omaui - inhabited by 35 people, seven or eight cherished cats and a slew of endangered species, according to reporting from the New York Times - is considering a "pest plan" to defend New Zealand's vulnerable native wildlife. The plan would prohibit domestic cats, arguing owners should be willing to put the island's extraordinary biodiversity over their furry companions.

"Often people have a choice. Is it the native birds and wildlife, like the lizards, insects they want to thrive? Or is it the cat?" Conservation Minister Eugenie Sage, commenting on similar cat bans, told Newshub.

Introduced on Tuesday, the Omaui proposal - which targets 72 predators, including domestic cats - would require current cat-izens to be neutered, micro-chipped and registered within six months. After a cat dies, its owner would not be allowed to get another. Should residents resist, the government would force them to exile their cats - or seize them as a last resort.

Opponents of the plan say that ridding the village of a few felines won't protect the endangered species, but will leave vermin to run rampant.

"It doesn't matter how many [rodents] I trap and poison, more just keep coming in from the bush," Nico Jarvis, an Omaui resident who owns three cats and is starting a petition to combat the ban, told the Otago Daily Times. "If I cannot have a cat, it almost becomes unhealthy for me to live in my house."

Jarvis accused Environment Southland, the regional council behind the pest plan, of behaving "like a police state" by trying to prohibit Omaui's domestic cats, and said the majority of the community thinks the benefit to local wildlife would be negligible. But Jeremy Collins, the Omaui Landcare Charitable Trust chairman who pushed for the ban, said he's seen native birds "ripped to pieces" on his front lawn, the Otago Daily Times reported.

"Native wildlife is disappearing rapidly around the country and places like this, where people still live and enjoy and hear the birdsong, are probably few and far between,'' Collins told the Otago Daily Times.

New Zealand has the highest proportion of endangered species in the world, as it is home to more than 4,000-odd threatened creatures and critters, ranging from the small Maui and Hector's dolphins to the fluffy, flightless Kiwi, the nation's icon. Environmental experts say New Zealand's rare, native species have been terrorized by invaders that arrived alongside the country's settlers 200 years ago.

"The best way to describe it is New Zealand is the 'land without teeth.' If it has four legs, fur and teeth, it never evolved here," endangered species ambassador Nicola Toki told Newshub.

In 2016, the country pledged to wipe out all invasive mammals by 2050, as it dedicated NZ$2.3 billion to its "Predator Free New Zealand" plan. The government says these creatures kill 25 million native birds every year, spread diseases and cost the New Zealand economy and primary sector NZ$3.3 billion a year. The breadth of the nation's extensive conservation efforts have been compared to the Apollo space program.

Domestic cats, however, weren't included on the 2016 hit list, perhaps because of New Zealand's singular feline infatuation. According to some estimates, New Zealand has more cats per capita than any country in the world. A former conservation minister proposed a nationwide cat cap - two per household, but support fell short.

The targeting of cats has been brewing for years. Famed feline antagonist Gareth Morgan, an economist and environmentalist, has called cats "friendly neighborhood serial killers," and has pushed for a total wipeout of the creatures - a movement he titled "Cats To Go" - since 2013. The group's website once featured a photoshopped picture of a demon kitten, with red eyes and devil horns, according to reporting from the New Zealand Herald. It also referred to cats as "the only true sadists of the animal world."

While many experts said Morgan's characterization of house cats was radical, research has actually shifted in his favor, as domestic cats have been found responsible for the extinction of several bird species. Since the 1900s, the country has created a handful of cat-free subdivisions in areas close to wildlife sanctuaries, and several of its outlying islands have banned them completely. Conservation Minister Eugenie Sage recently called for a cat ban in New Zealand's capital, Wellington, to restore the kiwi population. Auckland, New Zealand's largest city, is considering a plan to kill unmicrochipped cats that prowl sensitive areas, according to Stuff.

Omaui residents have until Oct. 23 to weigh in on the proposal.