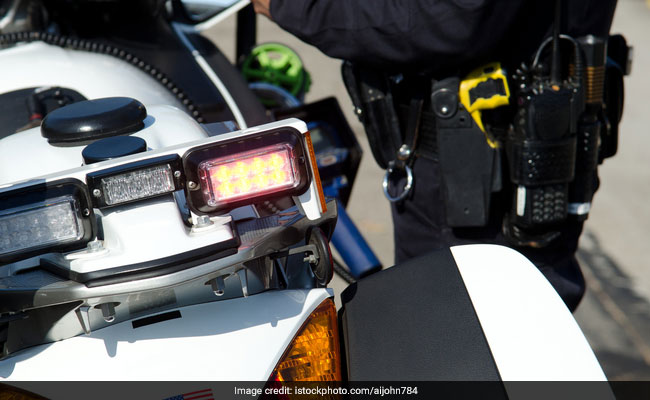 The Cincinnati Police Department has not released the name of the officer or the girl. (Representational)

It is not yet clear what threat the 11-year-old girl may have posed to the off-duty officer as she walked away from him. Or how many steps she took before he unholstered his Taser.

The officer had suspected the 11-year-old of shoplifting Monday at a Kroger in northern Cincinnati, where he worked another job.

He commanded her to stop.

Then he deployed his Taser and shocked her in the back.

"We are extremely concerned when force is used by one of our officers on a child of this age," Isaac said in a statement Tuesday. The department, he said, is also reviewing its use-of-force policies for minors.

"It's hard to understand why an 11-year-old would be Tased; I expect answers in 24 hours," Smitherman said Tuesday, the Cincinnati Enquirer reported.

The department's use-of-force policy allows using the disabling weapon on suspects between the ages of 7 and 70.

@CincyPD press release regarding the tasing of a juvenile suspect. pic.twitter.com/HRfFEiz17C

But the policy also spells out when officers should avoid deploying the weapon.

"An individual simply fleeing from an officer, absent additional justification, does not warrant the use of the TASER," the policy reads.

Department guidelines also say officers should weigh several factors before reaching for a Taser, including the severity of a potential crime, the level of suspicion and "the risk of danger posed to others if the suspect is not promptly apprehended."

Deaths of suspects who have been struck with stun guns have raised questions about the ubiquity of the weapons and their common use to bring down suspects.

Most Taser use is safe, The Washington Post reported in a 2015 analysis, but risks of injury or death increased if manufacturer and department guidelines were ignored.

The Cincinnati Police Department has not released the name of the officer or the girl. The local ABC affiliate WCPO reported that she weighs 90 pounds, citing a police report.

It was not clear whether the officer used his service Taser or one supplied to him by his off-duty employer.

The authorities and Kroger haven't specified the man's role at the store.

"We are saddened by this situation," Kroger said in a statement Wednesday. "Nothing is more important to us than the safety of our customers and associates. Our thoughts are with the family and child."

The store is assisting police with the investigation and has referred further questions to the Cincinnati police, spokeswoman Kristal Howard said.

Police spokesman Lt. Steve Saunders has not responded to multiple requests for comment.

The girl was evaluated by the Children's Hospital Medical Center and released to her parents, authorities said, adding that she was charged with theft and obstructing official business.

The department's statement said the girl will appear at the Hamilton County Juvenile Court "in the near future."

But that is a surprise to court administrator Kevin Hardman. He searched a court database for 11-year-old girls and could not find anyone being held or otherwise matching the charges. "We have 114 kids in the detention center. It's not hard to look," he told The Washington Post on Wednesday.

The court only knew about the incident from media reports, Hardman said.

(Except for the headline, this story has not been edited by NDTV staff and is published from a syndicated feed.)
Comments
Cincinnati police11-Year-Old Tasered