Obama is 'Like A Monkey In A Tropical Forest', Says North Korea in Hacking Row 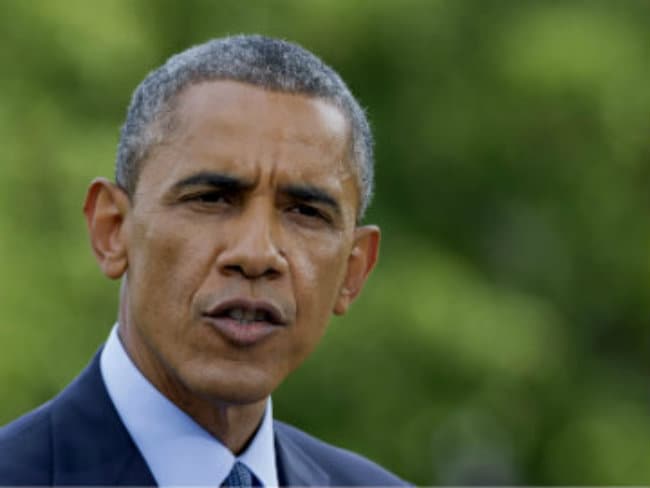 North Korea has likened US President Barack Obama to a 'monkey'. (Associated Press)

Seoul, South Korea: North Korea called President Barack Obama "a monkey" and blamed the US on Saturday for shutting down its internet amid the hacking row over the comedy movie, 'The Interview'.

North Korea has denied involvement in a crippling cyberattack on Sony Pictures but has expressed fury over the comedy depicting an assassination of its leader Kim Jong Un. After Sony Pictures initially called off the release in a decision criticized by Obama, the movie has opened this week.

On Saturday, North Korea's powerful National Defense Commission, the country's top governing body led by Kim, said that Obama was behind the release of 'The Interview'. It described the movie as illegal, dishonest and reactionary.

"Obama always goes reckless in words and deeds like a monkey in a tropical forest," an unidentified spokesman at the Commission's Policy Department said in a statement, carried by the official Korean Central News Agency.

He also accused Washington for intermittent outages of North Korea websites this week, after the US had promised to respond to the Sony hack.

There was no immediate reaction from the White House on Saturday.

According to the North Korea Commission's spokesman, "the US, a big country, started disturbing the Internet operation of major media of the DPRK, not knowing shame like children playing a tag."

The Commission said the movie was the result of a hostile US policy toward North Korea, and threatened the US with unspecified consequences.

Promoted
Listen to the latest songs, only on JioSaavn.com
North Korea and the US remain technically in a state of war because the 1950-53 Korean War ended with an armistice, not a peace treaty. The rivals also are locked in an international standoff over the North's nuclear and missile programs and its alleged human rights abuses. The US stations about 28,500 troops in South Korea as deterrence against North Korean aggression.