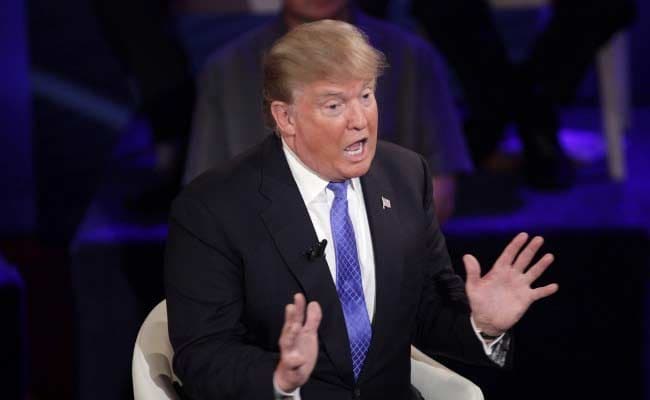 "I'm talking about radical Islamic terrorism. I will solve it far better than anybody else running," Donald Trump said in response to a question.

Washington: A nuclear-armed Pakistan is a "very very vital problem", Republican presidential front-runner Donald Trump has said and asserted that the country needs to "get a hold of" its situation.

"Pakistan is a very, very vital problem and really vital country for us because they have a thing called nuclear weapons. They have to get a hold of their situation," Mr Trump told CNN during a town hall in Wisconsin, where the Republican presidential primary is scheduled for April 5.

"When I see that, and when I see what happened in a park where mostly Christians (were killed), although many others were also killed, I think it's just an absolutely horrible story," he said referring to the terrorist attack in Lahore on Easter Sunday that claimed 74 lives and injured over 300 others.

"I'm talking about radical Islamic terrorism. I will solve it far better than anybody else running," Mr Trump said in response to a question.

The brutal attack by a suicide bomber -- believed to be in his 20s -- was claimed by the Jamaat-ul-Ahrar, a splinter group of the Tehrik-i-Taliban Pakistan (TTP).