NRI's energy drink under scanner for 13 deaths in US 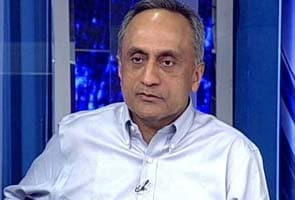 New York: A popular energy drink, produced by a company founded by an Indian-American billionaire, has come under the scanner in the US after reports of 13 deaths possibly linked to the energy shots.

However, Lucknow-born CEO of '5-Hour Energy', Manoj Bhargava dismissed the allegations against his firm as "false" and "ridiculous".

The popular energy drink is being investigated by the US Food and Drug Administration (USFDA) after 13 deaths over the last four years were reported, citing the drink as probable cause.

The New York Times said since 2009, 5-Hour Energy has been mentioned in about 90 complaints filed with the FDA, including more than 30 that involved serious or life-threatening injuries like heart attacks, convulsions and even a spontaneous abortion.

Bhargava, 59, strongly denies the allegations, saying that caffeine in his energy shot cannot be linked to serious health problems since certain popular coffee brands have higher caffeine content than is present in 5-Hour Energy.

"It is a ridiculous claim," Bhargava told Fox News responding to the USFDA investigation linking the deaths to his drink.

"To say something is linked would be like saying if you drank a bottle of water today and thousands of people died the next day, then somehow it is linked. This is false, it is taking little pieces of information and turning it into something false," Bhargava, a Princeton university dropout, said.

He said people are trying to make money by filing such claims and "sensationalisation" by the media is unwarranted.
"Caffeine is a good thing. The only things that we get about caffeine is from reporters, who really have no clue what caffeine does," he said.

Bhargava has been ranked by Forbes magazine among the 400 richest people in America and has a networth of USD 1.5 billion.

The readily available two-ounce caffeine and vitamin shot claims to have a 90 per cent market share in the energy shot sector and boasted of over USD 600 million in  sales 2011, according to Forbes.

The FDA, however, said complaints by the consumers and doctors do not necessarily mean that the drink is responsible for the deaths or injuries but the agency would investigate each case.

"It is important to note that while those who voluntarily report an illness or injury (such as medical professionals, family members, or the consumers themselves) typically identify the product that they assume caused the injury or illness, FDA as a scientific public health agency must carefully investigate and evaluate all possible  causes before deciding whether the product actually caused the medical problem," the FDA said in a statement.

Elaine Lutz, a spokeswoman for Living Essentials, distributor of 5-Hour Energy said the company is "unaware" of any deaths proven to have been caused by the consumption of the energy shot.

We fully comply with all of our reporting requirements." She added that the company is strictly regulated by and complies with Dietary Supplement Health and Education Act as regulated by the USFDA.

The drink is a "compact sized energy shot intended for busy adults," she said adding that "5 hour Energy is marketed to hardworking adults who need an extra boost of energy.

"The dietary supplement has no sugar, contains only four calories and no herbal stimulants...It contains about as much caffeine as a cup of the leading premium  coffee.

"When consumed according to our recommended use guidelines, 5-hour Energy is an effective dietary supplement, although individual results may vary," she said.

Lutz stressed that any complaint filed against the drink with the USFDA does not mean that the dietary supplement was "involved, caused or contributed to the adverse event being reported."

In August, the New York attorney general began an investigation into 5-Hour energy and its rivals Monster and Amp to look into whether the products' labels match their actual contents.

Last month, the FDA had received reports of five deaths, which were attributed to Monster, which is another popular energy drink.