Ivan Milat was arrested in 1994 following one of Australia's biggest police investigations, which was sparked by the discovery of bodies in 1992 and 1993. 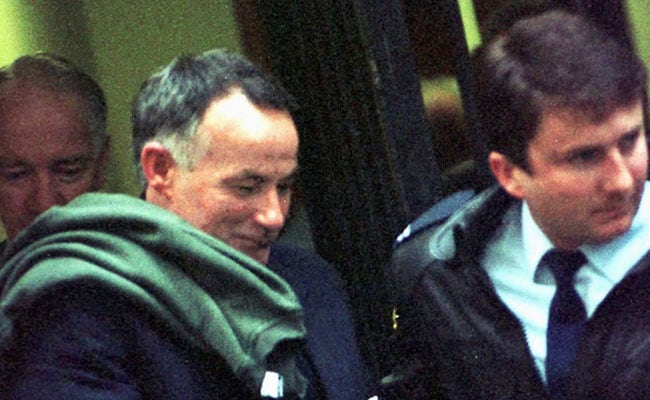 Ivan Milat being taken from court during his 1996 Sydney Trial

Australia's most notorious serial killer Ivan Milat, whose murder of seven young backpackers in the 1990s terrified the country, has died in hospital, officials said Sunday.

Milat was serving consecutive life sentences for the brutal killing spree which took place near Sydney between 1989 and 1992.

A spokeswoman for Corrective Services New South Wales or NSW said in a statement that the 74-year-old died at Long Bay Hospital at 4:07 am on Sunday.

He was diagnosed with terminal stomach and oesophagus cancer in May and had been in hospital to receive pain relief since October 11, according to national broadcaster ABC.

In each case, he had offered the young hitchhikers a lift, stabbed or shot them in thrill killings and buried the bodies in shallow graves in a forest in the NSW southern highlands.

Milat was arrested in 1994 following one of Australia's biggest police investigations, which was sparked by the discovery of the bodies in 1992 and 1993.

He was convicted of the murders in 1996, as well as of the abduction of another traveler who escaped, but denied having a role in the crimes.

Milat was also a major suspect in the murders of three other women who went missing in the state's Hunter region a decade before he began the killings for which he was jailed.

Milat admitted that he had worked as a roadman in the area during the late 1970s but denied involvement in the three murders.

Australia is a popular destination for young backpackers, with more than 600,000 touring the country every year.