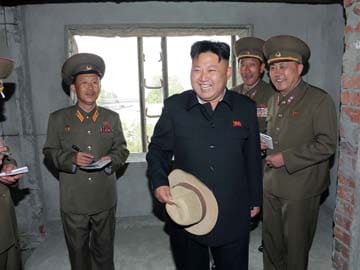 Seoul: North Korea said on Friday that it will send athletes to this year's Asian Games in South Korea, the first time it has participated in a major sporting event there for more than a decade and despite simmering cross-border tensions.

The committee has officially informed the Olympic Council of Asia of its decision, KCNA said.

"We welcome North Korea's participation ... and hope it will provide an opportunity for the two Koreas to boost reconciliation," it said in a statement.

Pyongyang boycotted the 1988 Olympics in Seoul but sent athletes and cheerleaders to the 2002 Asian Games in South Korea's southern port city of Busan.

South Korea had invited the North to participate in this year's Asian Games, which it is hosting from September 19 to October 4, through the Olympic Council of Asia, the governing body for all sports in Asia.

Tension has been running high between Pyongyang and Seoul for months, with the South accusing the North on Thursday of firing shells into waters near one of its warships as it patrolled south of the disputed Yellow Sea border.

The North on Friday rejected the allegation as "sheer fabrication", and Seoul in turn accused Pyongyang of a "blatant lie".

The neighbours have also upped the ante in their verbal exchanges over crashed spy drones recently recovered in South Korea, while there have been fears that Pyongyang may be preparing to conduct a fourth nuclear test.

"The North's announcement will play a positive role in easing cross-border tension," Yang Moo-Jin, a professor at the University of North Korean Studies in Seoul, told AFP.

"It also reflects the North's willingness to cooperate with the South on non-military matters, although Pyongyang is expected to maintain its hardline stance about security affairs," he added.

Although the two Koreas compete separately at major sporting events, they have sometimes joined together in opening ceremonies such as the Sydney and Athens Olympiads in 2000 and 2004, and the Doha Asiad in 2006.

Promoted
Listen to the latest songs, only on JioSaavn.com
In recent years however, the North has insisted on marching separately.