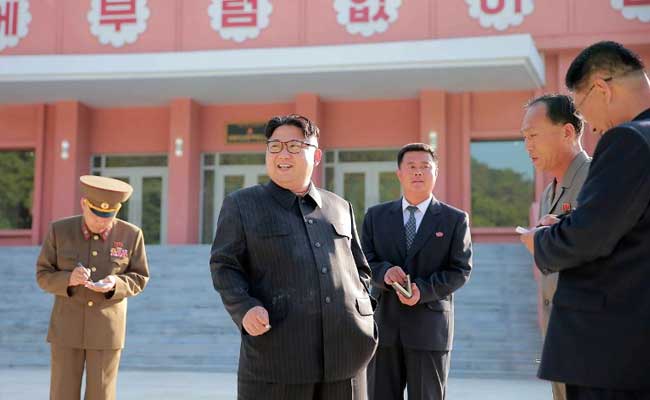 Talks between North Korea and US, have been canceled after the killing of Kim Jong-Un's half-brother.

TOKYO: Talks between North Korean diplomats and former American officials, scheduled to be held in New York next week, have been canceled following allegations that the Pyongyang regime planned the attack that used a chemical weapon to kill leader Kim Jong Un's half brother.

The plans for the "Track 1.5" talks were already hanging in the balance after North Korea launched a ballistic missile earlier this month and then found itself accused of assassinating Kim Jong Nam, the leader's estranged half brother, in a busy Kuala Lumpur airport terminal on Feb. 13. But Malaysia's announcement Friday that his death was caused by VX, a lethal nerve agent banned under the international Chemical Weapons Convention, proved the final straw.

The State Department decided not to issue the visas to the North Korean diplomats due to travel from Pyongyang to New York for the talks, according to three people with knowledge of the decision.

A State Department spokesperson declined to comment. "We do not discuss the details of individual visa cases," she said.

The talks were being organized by Donald S. Zagoria of the National Committee on American Foreign Policy, who served as a consultant on Asia during the Carter administration and has organized previous rounds of negotiations . The talks were set to include Robert Gallucci, the chief U.S. negotiator during the 1994 "Agreed Framework" denuclearization deal struck with North Korea.

On the North Korean side, Choe Son Hui, the director of the U.S. affairs department in North Korea's Foreign Ministry, was slated to lead the delegation from Pyongyang. She is well known to American officials, having participated in official meetings including the six-party talks on denuclearization that took place from 2003 to 2007, as well as other Track 1.5 talks.

Talks have taken place sporadically in recent years, with former American officials sounding out the North Koreans on prospects for making progress on the intractable problem that is Pyongyang's nuclear ambition. But they have been held in neutral locations like Berlin, Geneva and Kuala Lumpur.

This time they were planned for New York, where North Korea has a mission to the United Nations for the first time in more than five years.

But the Trump administration decided not to allow the talks to place amid widespread suspicion that Pyongyang ordered the attack on Kim Jong Nam.

Promoted
Listen to the latest songs, only on JioSaavn.com
The North Koreans, who have strongly denied any involvement in the attack, have accused South Korea of convincing Malaysia to make up the incident to "besmirch" the Kim regime's reputation.