The event at Mount Kumgang, a renowned scenic spot in the North, had been due to take place on Sunday as part of a flurry of talks and visits between Seoul and nuclear-armed Pyongyang ahead of the Games in Pyeongchang next month. 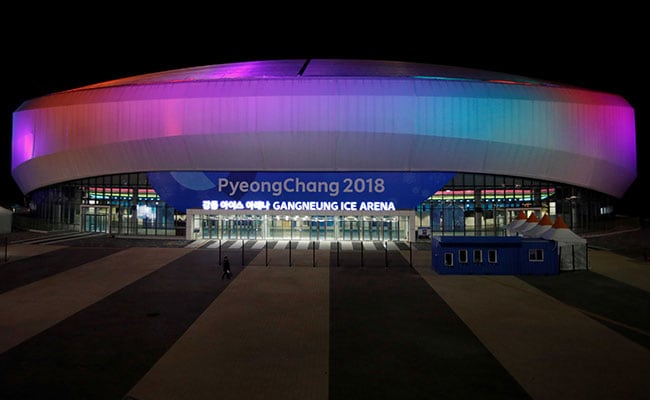 Seoul: North Korea has called off a joint cultural performance with artistes from the South ahead of the forthcoming Winter Olympics, Seoul said on Monday, underscoring the fragility of their Games-led rapprochement.

The event at Mount Kumgang, a renowned scenic spot in the North, had been due to take place on Sunday as part of a flurry of talks and visits between Seoul and nuclear-armed Pyongyang ahead of the Games in Pyeongchang next month.

The moves, triggered by the North's leader Kim Jong-Un in his New Year speech, come after a year in which Pyongyang carried out multiple missile launches and its most powerful nuclear test to date, sending fears of conflict on the peninsula soaring.

As well as athletes, Pyongyang is sending hundreds of other delegates to attend and hold parallel events, including cheerleaders and artistes who will mount cultural performances in Seoul and Games venue Gangneung.

South Koreans had been due to take part in a reciprocal event at Mount Kumgang this weekend, but Seoul's unification ministry said the North told it the performance had been called off and Pyongyang had taken umbrage at critical media coverage.

The North's decision to attend Pyeongchang came after months of entreaties from Seoul to participate in a "peace Olympics", and the two have agreed to form a unified women's ice hockey team, their first such side since 1991.

But there has been criticism in the South that Seoul has made too many concessions to Pyongyang to persuade it to participate, and that the unified team will deprive some Southern skaters of their chance to compete on the Olympic stage.

Pyongyang has also said it will commemorate the 70th anniversary of the foundation of its regular military on February 8 -- the day before the opening ceremony for the Olympics -- and satellite photos have shown soldiers and armoured vehicles rehearsing for a possible parade that would amount to a show of military strength.

The unification ministry, which oversees relations with Pyongyang, said the North said South Korean press "was fanning public opinion that insults the North's sincere efforts made for the Pyeongchang Olympics, and even took issue with the North's internal celebratory event, leaving the North no choice but to cancel the agreed-upon event."

Only hours earlier, the North's KCNA official news agency carried a report citing the Rodong Sinmun newspaper saying conservatives in the south were "making a desperate bid with blood-shot eyes" to disrupt improved relations between the two, which they considered "a horrible nightmare of tightening their windpipes".

Seoul urged Pyongyang not to unwind the agreements further.

"The South Korean government finds it very regrettable that the event agreed upon by both Koreas will not materialise because of the North's unilateral notice," the unification ministry said.

Promoted
Listen to the latest songs, only on JioSaavn.com
"Also, we would like to stress that both South and the North should implement without fail the agreements made based upon on the spirit of mutual trust and understanding at a time when we managed to take with difficulty a first step towards the improvement of inter-Korea ties."