No Smoking, Even During WFH, This Company Tells Its Staff

The company will close all smoking rooms that are managed by the Nomura Group by the end of December. 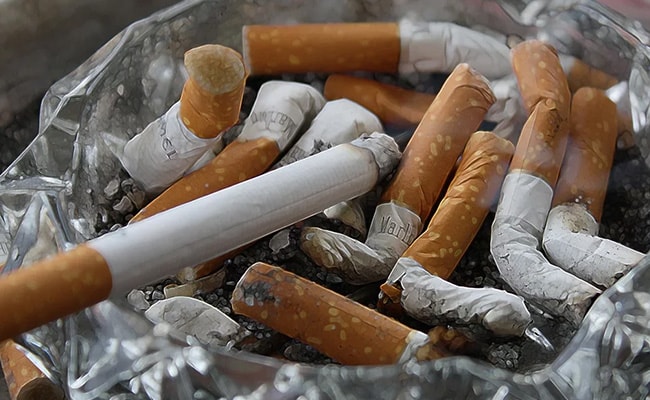 Nomura has asked its employees to not to smoke druing work from home.

Nomura Holdings Inc. told its staff in Japan not to smoke during working hours -- even if they're working from home.

The country's biggest brokerage sent a memo to employees outlining the new policy that will come into effect in October, spokesman Yoshitaka Otsu said by phone. The company will close all smoking rooms that are managed by the Nomura Group by the end of December.

The rules will be based on mutual trust and don't include a punitive clause, Otsu said. The company doesn't plan to monitor whether employees working remotely are following the guidelines. Nomura is introducing the measures to create a favorable working environment, prevent secondhand smoking and promote employee health, it said in a separate statement on Wednesday.

"There needs to be an environment in which everyone is healthy and can live lively in order for employees to fully demonstrate their ability, characters," it said.

Nomura is the latest Japanese firm to take action against smoking as the health risks associated with cigarettes draw increasing attention. About two in 10 smokers said their cigarette consumption has increased as a result of working from or staying at home during the pandemic, according to a March poll by the National Cancer Center Japan. That's partly because there are no smoking restrictions at home.

Nomura is seeking to reduce the smoking rate among its employees in Japan to 12% by 2025, compared with 20% in March 2020, according to its website. The brokerage has been providing financial aid to help workers quit since 2017, Otsu said.

The brokerage's latest policy also strongly recommends that people keep away from its offices for 45 minutes after smoking at lunch time or breaks to prevent "third-hand smoking," Otsu said.

Elsewhere, snacks manufacturer Calbee Inc. in 2018 prohibited smoking during working hours because the health of its employees and their family was "essential" for a company to grow, according to spokeswoman Marina Fukaya.

Food producer Ajinomoto Co. instituted a no-smoking-while-working policy in 2019, which applies to staff working remotely, a spokesman said. Still, he acknowledged that the company has no ability to police or control employees who are working at home.