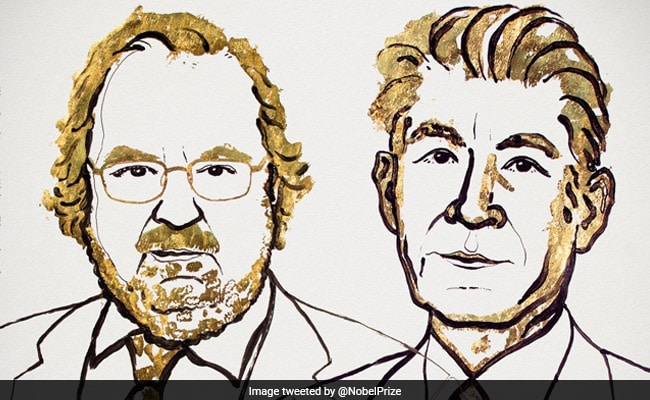 A revolutionary cancer treatment pioneered by the winners of the 2018 Nobel Prize for Medicine has been hailed as the future of fighting the disease -- and it has fewer devastating side effects than chemotherapy.

While chemotherapy destroys cancerous cells along with normal cells -- often with toxic and debilitating effects on a patient -- immunotherapy unleashes the body's immune system to target tumour cells.

James Allison of the US and Tasuku Honjo of Japan won the Nobel on Monday for identifying two different brakes on the immune system which, when turned off, allow the body's defence system to attack cancerous cells faster and more effectively.

Allison was one of two scientists to discover the blocking effect for one such brake -- or checkpoint inhibitor molecule -- called CTLA-4 in 1995. Honjo discovered another, PD-1, around the same time.

Once these brakes were identified, researchers were able to work on how to turn them off and get T-cells -- white blood cells -- to start attacking.

"The goal is to neutralise these molecules, among them CTLA-4 and PD-1, and these are what the recipients of the Nobel prize have been working on," said Pierre Golstein, emeritus professor at the Marseille-Luminy Immunology Centre.

"We neutralise these and the white blood cells can get to work on the cancer cells."

Sheena Cruickshank, an immunology lecturer at the University of Manchester in Britain, said the therapy has "enabled us to harness the power of the body to help heal itself".

"A lot of conventional cancer therapies are about destroying cells and can be quite damaging, but this is much more targeted and much more specific because it's enabling our immune cells to come in and actually kill the tumour cells directly," she told AFP.

The therapy has only been used on patients for a few years, and is less effective for certain cancers such as pancreatic and brain cancer.

But 800 clinical trials were in progress worldwide and more than 30 drugs under development as of June, according to the American Cancer Society.

And the pharmaceutical industry has heavily invested in research in the field.

The US Food and Drug Administration has already approved a number of immunotherapy treatments, including some targeting PD-1.

"The booming field of immunotherapy that these discoveries have precipitated is still relatively in its infancy, so it's exciting to consider how this research will progress in the future," said Charles Swanton, Cancer Research UK's chief clinician.

Golstein, whose team first identified the CTLA-4 molecule in 1987, said the results have been very promising.

"Immunotherapy is now possibly the most important recent discovery for cancer therapy in general, as an alternative to chemo," he said.

"For example, immunotherapy can control between 20 and 50 percent of certain advanced melanomas, which is something considering that situation would have been a death sentence not too long ago."

But it's also not totally harmless, he added.

"Activated immune cells can cause certain auto-immune complications in certain organs, but we can control those," he said.

A study released in June tested a form of immunotherapy against chemo for non-small-cell lung cancer, the most common lung cancer worldwide.

It found that the drug Keytruda (pembrolizumab) -- which famously helped former US president Jimmy Carter stave off advanced melanoma that had spread to his brain -- helped lung cancer patients live four to eight months longer than chemo.

Not for all cancers

However, Karl Peggs of the University College of London said the therapy is not for everyone.

"We know that some patients have a very low chance of responding... those with little evidence that these pathways are actively restricting the immune system, or those with cancers that are less heavily mutated," he said.

While in theory it should work for most forms of cancer, it's most effective on those with the highest numbers of mutations such as melanomas, lung cancer and smoking, he added.

And it has sometimes been met with too much enthusiasm by patients. In the US, some have reportedly asked their doctors to immediately use immunotherapy instead of traditional treatments like chemotherapy, even when they are more effective.

After his big win on Monday, Allison warned that immunotherapy will not replace all other cancer treatments.

Instead, it is "going to be part of therapy that potentially all cancer patients will receive in five years," he told a press conference in New York.

Honjo, meanwhile, said he wanted to continue his research "so that this immune therapy will save more cancer patients than ever".

(Except for the headline, this story has not been edited by NDTV staff and is published from a syndicated feed.)
Comments
James Allison of the US and Tasuku Honjo of JapanNobel prize for medicinechemotherapy destroys cancerous cells