Nobel Peace Prize: Dmitry Muratov, the chief editor of Russia's top independent newspaper Novaya Gazeta, dedicated the award to the paper's contributors who were killed for their work. 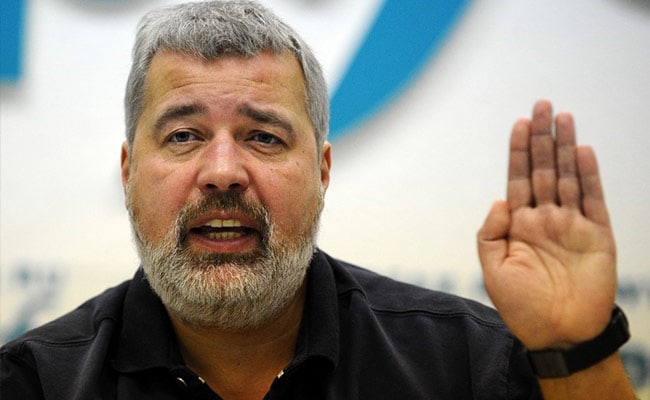 Dmitry Muratov, the chief editor of Russia's top independent newspaper Novaya Gazeta, dedicated his Nobel Peace Prize on Friday to the paper's contributors who were killed for their work.

"I can't take credit for this. This is Novaya Gazeta's," Muratov, 59, told Russian news agency TASS, saying the award was for "those who died defending people's right to freedom of speech".

Since 2000, six of Novaya Gazeta's journalists and contributors have been killed in connection with their work, including top investigative reporter Anna Politkovskaya.

A fierce critic of President Vladimir Putin and the Kremlin's wars in Chechnya, she was shot dead 15 years ago Thursday in the entrance hall of her apartment building in central Moscow.

Muratov, who has served several times as Novaya Gazeta's editor since 1995, said he will give some of his Nobel Prize money to a foundation dedicated to children with rare illnesses. The foundation, Krug Dobra -- or Circle of Kindness -- was founded in January at Putin's behest.

Co-founded by former Soviet leader and another Nobel Peace laureate Mikhail Gorbachev in 1993, Novaya Gazeta is one of the few media outlets left voicing criticism of Putin.

"This is good, very good news," Gorbachev said in a statement, calling Muratov a "courageous" journalist.

"This award raises the importance of the press in the modern world to great heights."

The recognition of Novaya Gazeta's chief editor came as Russia's dissenting voices and independent media have faced an unprecedented crackdown this year.

Leading opposition figure Alexei Navalny was jailed in February after returning to Russia from Germany where he was recovering from a poisoning attack he blames on the Kremlin.

His movement was later banned as "extremist", while a number of leading independent outlets have been hit with the "foreign agent" designation, with several then shutting down.

A term with Soviet-era undertones, the status is a deterrent for advertisers, a key source of revenue for many independent media.

Deputy editor Kirill Martynov said the prize "came at the right time," when "multiple, powerful forces in Russia want there to be no more press in the country, but only propaganda".

"When almost everyone is a 'foreign agent' and when media are closing," he told AFP, "at this very moment, the Nobel committee made this gesture."

Critics say the Kremlin has been behind the crackdown on independent media that has forced several outlets to shut down and has seen some prominent journalists flee the country.

On Friday, however, the Kremlin congratulated Muratov, describing him as "talented" and "courageous".

"He is committed to his ideals," Kremlin spokesman Dmitry Peskov told reporters.

The award was met mostly with silence from Navalny's top allies, while those who did speak out criticised the Nobel committee's choice.

"Instead of pretentious and hypocritical speeches about 'freedom', they could protect a person who survived an assassination attempt and has been taken hostage by the murderers," ally Ruslan Shaveddinov tweeted.