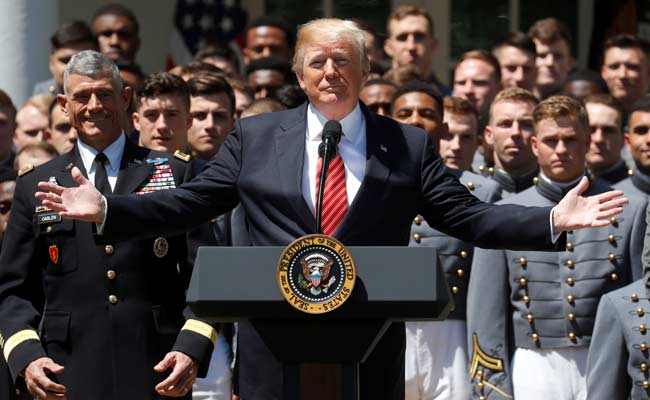 Donald Trump warned North Korea the US military was ready in the event of any reckless acts. (File)

Seoul, South Korea: Many South Koreans were fuming on Friday after U.S. President Donald Trump cancelled a historic summit with North Korea's Kim Jong Un, feeling they had been cheated of a chance of a lifetime to live in peace.

Trump called off the unprecedented meeting, scheduled for June 12 in Singapore, after months of diplomatic progress had silenced bellicose rhetoric from the two sides and eased fears of a return to war.

"North Korea was in the process of doing everything that had been demanded of it. They even detonated their nuclear test site," said Eugene Lim, a 29-year-old office worker in Seoul.

"Trump has no interest in peace in our country. Why can't he just let us, the two Koreas, live in peace?"

North Korea on Thursday "completely dismantled" its Punggye-ri nuclear test ground to "ensure the transparency of discontinuance of nuclear tests", after blowing up tunnels at the site, it said.

The detonation, which took place in the presence of dozens of international journalists but no independent experts, came after Kim Jong Un pledged to cease all nuclear and long-range missile tests last month. Kim also released three American prisoners as a gesture of goodwill. 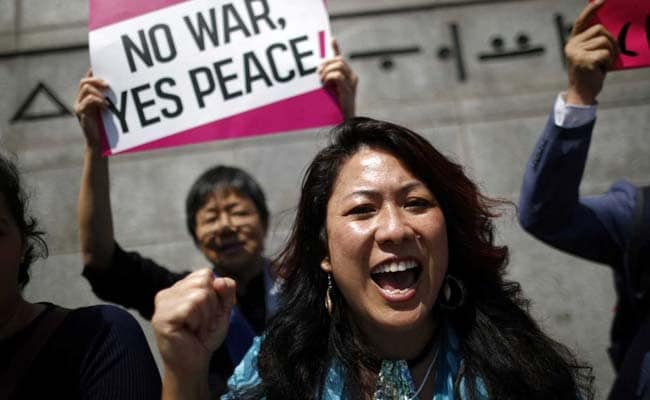 Dozens of university students and women's rights activists protested in different rallies in Seoul on Friday to denounce Trump, with some punching his face printed on a picket sign and tearing his photograph apart.

Kim Dong-ho, a 38-year-old employee at a blockchain company, said it wasn't right to isolate North Korea again when it was making efforts to join the international community.

"After all, those of us living on the Korean peninsula suffer the consequences of your action, you Yankee!," Kim said.

Trump also warned North Korea the U.S. military was ready in the event of any reckless acts, and when asked if the summit cancellation increased the risk of war, he replied: "We'll see what happens."

South Korean President Moon Jae-in, who worked hard to help set up the summit and urged Trump at a White House meeting on Tuesday not to let a rare opportunity slip away, said he was "perplexed" by the cancellation.

North Korea said it remained open to resolving issues with the United States, "regardless of ways, at any time".

South Koreans' perception of North Korea, especially those in their 20s and 30s, has visibly softened after Kim Jong Un and Moon pledged no more war in their inter-Korean summit in April, according to several polls.

A Gallup Korea survey in early May suggested 88 percent of South Koreans thought that the inter-Korean summit held was a success, while only five percent said it was a failure. The remainder declined to comment.

A survey of 106 university students at Kookmin University in Seoul showed 57.3 percent had a positive image of Kim Jong Un after the summit, compared to 19.8 percent beforehand.

North and South Korea are technically still at war because their 1950-53 conflict ended in a truce, not a peace treaty. The United States stations 28,500 troops in the South, a legacy of the war.

"It feels like Trump just knocked down all the efforts the two Koreas have put forward for the U.S.-North Korea summit. For me, it feels like North Korea is more of a normal country, saying it would give the U.S. time and wait," said Yun Hae-ri, a 25-year-old office worker.

"I don't think Trump is doing the right thing if he wants to win the Nobel Peace Prize."

Other South Koreans had concerns closer to home.

Promoted
Listen to the latest songs, only on JioSaavn.com
"What I'm most worried about are my stock holdings," said Chon Jin-young, a 25-year-old Seoul office worker. "I hope they're not hammered too much."
© Thomson Reuters 2018