The incident underlines the daily risks Afghan civilians face as fighting has intensified since the Taliban launched its annual spring offensive. 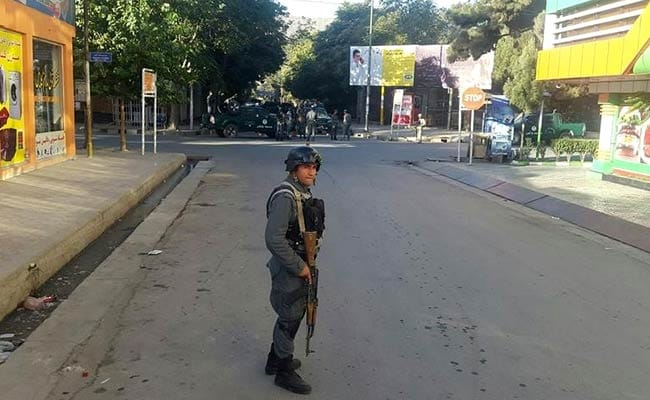 JALALABAD, Afghanistan: At least nine civilians were killed in a night operation by Afghan security forces in the eastern province of Nangarhar late on Monday, officials said, as fighting continued across Afghanistan.

The incident underlines the daily risks facing Afghan civilians as fighting has intensified since the Taliban launched its annual spring offensive last month.

The victims included relatives of the speaker of the Senate, Fazl Hadi Muslimyar, the office of the provincial governor said in a statement.

Eight people were injured, in addition to the nine killed in the operation in Chapahar district, outside the provincial capital of Jalalabad, it said. Some local people put the death toll at 12, with 28 wounded.

The latest figures from the United Nations Assistance Mission in Afghanistan show 763 civilians were killed and 1,495 wounded in the first three months of the year, a similar level to the corresponding periods of the two previous years.

The violence has spread across Afghanistan in recent weeks with heavy fighting in provinces from Badakhshan, Baghlan and Faryab in the north to Farah in the west, where the Taliban briefly threatened to overrun the provincial capital, and Ghazni in the centre.

On Tuesday, officials said a district centre in Uruzgan province, on a key transit route from the drug producing regions of Helmand and Kandahar, was under serious threat.

Security forces in Chora district in the middle of the province had abandoned the governor's compound and police headquarters but fighting continued, said Hayatullah Fazli, a member of the provincial council.

Promoted
Listen to the latest songs, only on JioSaavn.com
The provincial governor's office confirmed the fighting but denied reports that the district, which has seen heavy fighting in recent days, had fallen. The insurgents have put out videos of Afghan soldiers captured in the district urging others not to fight against the Taliban.
© Thomson Reuters 2018

(This story has not been edited by NDTV staff and is auto-generated from a syndicated feed.)
Comments
Aghan security forcesTaliban Afghanistan attackFazl Hadi Muslimyar