New York City At Risk Of Flooding Every 2 Decades: Study 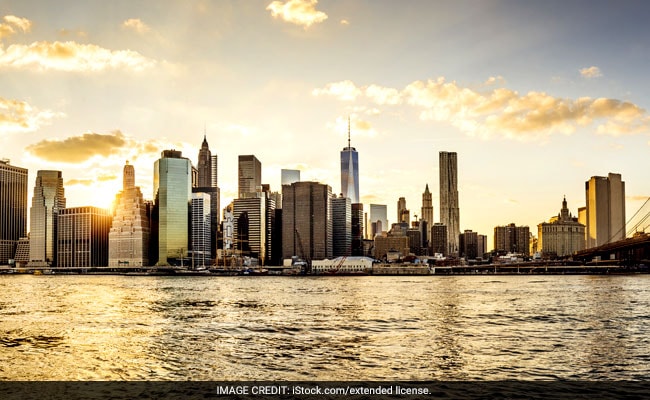 Due to effects of climate change on sea-level rise, Hurricanes could start flooding New York City.

NEW YORK: Hurricanes could start flooding New York City's coastline as often as every 20 years due to the effects of climate change on sea-level rise and hurricane activity, scientists said on Monday.

Water could surge some 9 feet (2.8 meters) in hurricanes occurring anywhere from three to 17 times more often than today, they said.

"That's approximately - worst case scenario - once every 20 years," said Benjamin Horton, part of a team of US scientists who published their findings in a study.

The projections act as a reminder of the human cost of climate change, said Horton, in particular after Hurricane Matthew ravaged the southeastern United States over the weekend.

"The inundations from hurricanes will affect where we live, it will affect how we work, it will cause problems with the ecosystem," said Horton, a professor of sea level research at New Jersey-based Rutgers University.

The study published in the Proceedings of the National Academy of Sciences aimed to measure how frequently floods like those produced by Hurricane Sandy in the US states of New York and New Jersey could occur until 2100.

Sandy devastated the northeastern US coast in 2012, including coastal areas of New York City, killing more than 120 people and causing some $70 billion of property damage.

Under a scenario in which the climate remained as it is today, Sandy-like hurricanes would occur about once every 400 years, Horton said.

Shielding humans from more frequent flooding would require an enormous undertaking to protect coastal areas and New York, a city of 8.5 million people, he said.

"Something like that periodically hitting the coastline, it would result in incredible engineering projects, up and down the US seaboard, to protect society," Horton told the Thomson Reuters Foundation in a phone interview.

The projections highlight the importance of slashing greenhouse gas emissions that cause climate change, he said.

The study is based on a combination of historical data and computer model projections.

Promoted
Listen to the latest songs, only on JioSaavn.com
It was the first to make projections by accounting for how climate change could contribute to rising seas and hurricane activity, said Ning Lin, the study's lead author and an assistant professor at Princeton University in New Jersey.