New US Congress Convenes With Democrats In Control Of House

The opening ushered in a new era of divided government in Washington, with Democrats intent on checking the Republican's turbulent presidency nearly two years into his term. 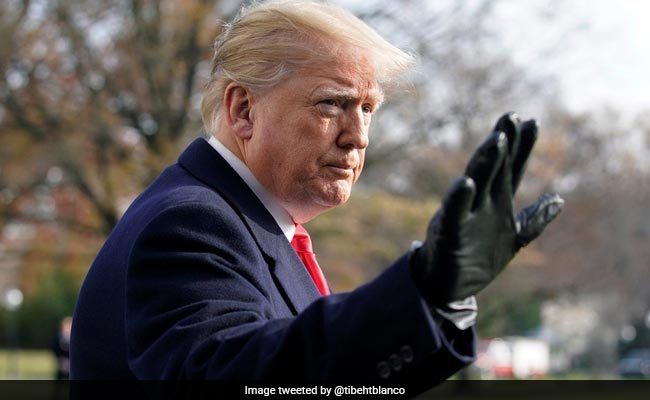 Democrats took control of US Congress after a government shutdown over Trump's demand for a border wall.

The opening ushered in a new era of divided government in Washington, with Democrats intent on checking the Republican's turbulent presidency nearly two years into his term.

The clerk of the House rapped the gavel to signal the chamber was into session, with 235 Democrats and 199 Republicans reciting the Pledge of Allegiance and being sworn in, ahead of a vote to elect Nancy Pelosi as speaker of the House.

One seat in the 435-member House remains in dispute two months after the election.

Several beaming new lawmakers were seen hugging and shaking hands with veteran members and each other.

Vice President Mike Pence swore in the new members of the US Senate, where 53 Republicans hold the majority over 45 Democrats and two independents who align with Democrats.

Pelosi was poised to take over as speaker for the second time in her career, a remarkable revival for a battle-tested politician who is so far the only woman to head the House.

Her first task will be to help end a partial federal government shutdown over Trump's insistence that lawmakers fund a US-Mexico border wall.

In excerpts of the speech she delivers to the House later Thursday, Pelosi vowed the new Congress would be "bipartisan and unifying" and "will debate and advance good ideas no matter where they come from."

"In that spirit, Democrats will be offering the Senate Republican appropriations legislation to re-open government later today -- to meet the needs of the American people, and to protect our borders," she said.

But such cooperation across the political aisle appeared unlikely as Trump continued to dig in over his demand that Congress approve a $5 billion plan to construct a border wall aimed at thwarting illegal immigration -- with Democrats unlikely to appease him.

After saying he remained "ready and willing to work with Democrats" late Wednesday, Trump lashed out Thursday.

"The Shutdown is only because of the 2020 Presidential Election," he tweeted.

"The Democrats know they can't win based on all of the achievements of 'Trump,' so they are going all out on the desperately needed Wall and Border Security - and Presidential Harassment. For them, strictly politics!"

Indeed, progressives will be eager to push back with greater effect against an administration they believe has overstepped its authority and abused power in the nearly two years since Trump's inauguration.

They will have that opportunity, as congressional panels will be led by chairmen who have pledged to probe topics such as Trump's income taxes, his firing of attorney general Jeff Sessions, and the president's ties to Russian leader Vladimir Putin.

But while the "blue wave" swept dozens of House Republicans out of Congress last November, Trump's party managed to modestly expand its majority in the Senate, meaning Washington gridlock is almost certain to deepen.

Not "stirring the pot"

Among the first tasks of the 116th Congress will be ending the shutdown, now in its 13th day and which has left one quarter of federal agencies shuttered due to lapsed funding.

But compromise was still elusive.

"Democrats will have to get serious about border security so that a government funding agreement may be reached that can pass the House, earn 60 votes here in the Senate, and receive a presidential signature," Senate Majority Leader Mitch McConnell said.

Pelosi will preside over the most diverse Congress in history.

One hundred House freshmen took the oath of office, including trailblazers like New York's Alexandria Ocasio-Cortez, who at 29 is the youngest woman ever elected to Congress.

"It's a new day in America," tweeted Ilhan Omar, a Somali refugee elected from Minnesota.

The House and Senate will each have a record number of female members.

The House's number two Republican, Steve Scalise, said he would be watching closely to see how Pelosi and the Democrats will handle the changing of the political guard.

"She's been very clear about what her agenda is, and it's far left of center," Scalise told AFP.

Hovering in the background in Washington will be the threat of impeachment.

While it is almost certain that some Democrats will introduce proceedings to remove Trump from office, Pelosi has downplayed the idea.

"It would be very divisive," she told Elle magazine. "It's not something that I'm stirring the pot on."

(This story has not been edited by NDTV staff and is auto-generated from a syndicated feed.)
Comments
US CongressUS government shutdownDonald Trump